Current project is to build a layer of wireless software protocols in Spin sitting underneath CP/M that will allow networking and file transfers.

Compile and download with Brads Spin Tool www.fnarfbargle.com/bst/bstc/Latest/ as the standard propeller tool can't compile the #ifdefs used throughout this code

Addit 12th Feb, latest code (works for all versions of the board)

Addit 10th March, 456 longs shorter. Creating free space in preparation for the new zicog that will implement all the Z80 opcodes.

Addit 13th April, back to 28th March SD card code while bugs sorted out. Also added banked memory so can run two CP/M machines on the one board. See posts 13th April for download.

Addit 28th April 2010, code upgraded to MP/M which can run true multiusers. The code has been written by pullmoll and the download is on the first page http://forums.parallax.com/showthread.php?p=897549. This code does everything the code above does, but it is faster, more flexible (eg baud rates for file transfers 4x faster) and the code can use single user CP/M or multiuser MP/M (MP/M is run as a program from CP/M). The multiuser environment is a stepping stone towards true wireless networking between multiple boards, with packet encoding and decoding being run in one of the MP/M users. 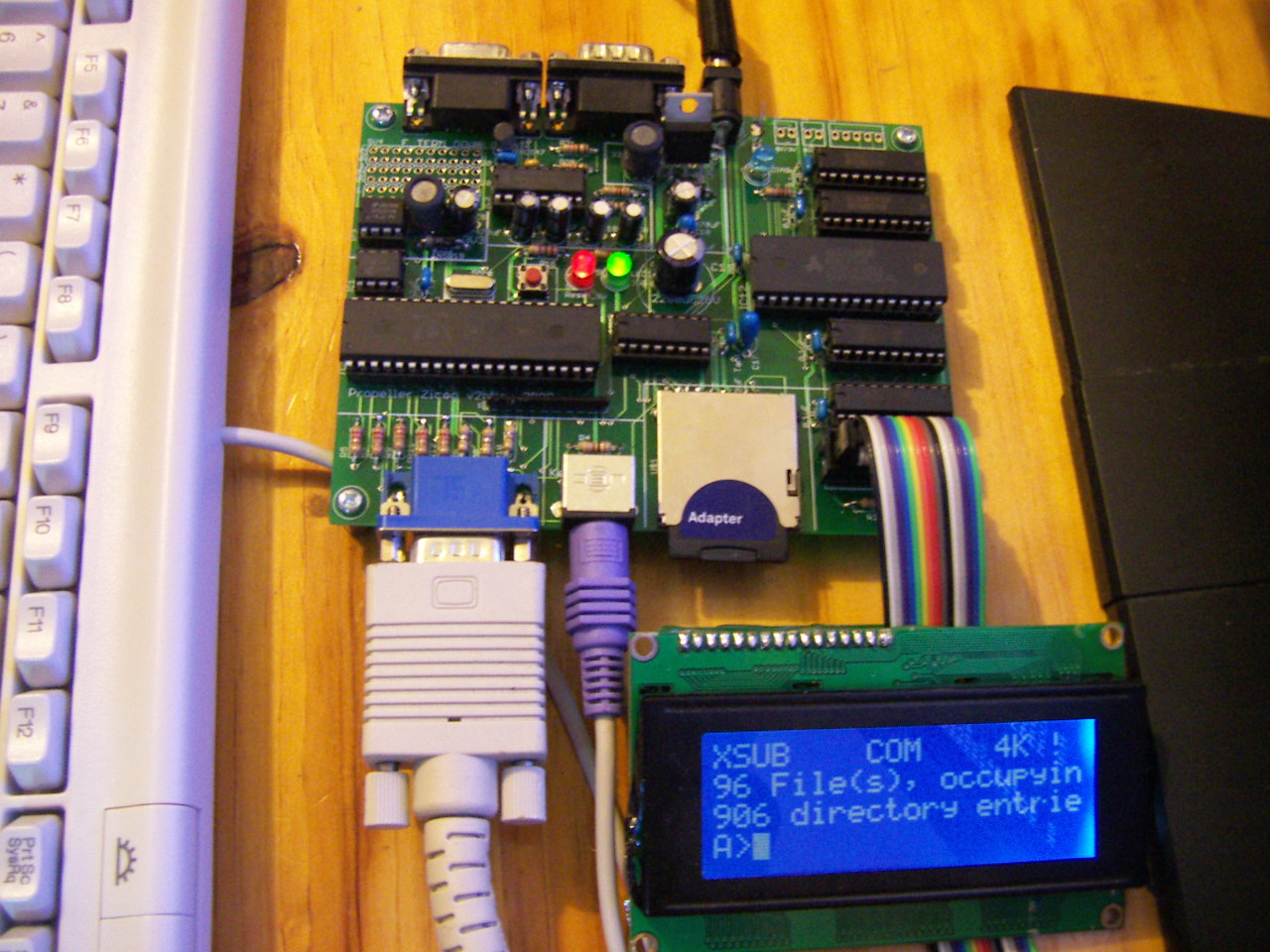