I used a Parallax Basic Stamp, fiber-optics and LEDs to provide the illumination for Robby. The Basic Stamp I programmed to control the sequencing of all the lights.

Forbidden Planet I think was such an awesome movie, especially considering the year it was filmed. Robby the Robot is the quintessential robot of all time together with others such as R2D2, and so on. I watched this when I was a kid, and it inspired me to build this model. The Basic Stamp provided a wonderful means of controlling everything on the robot! 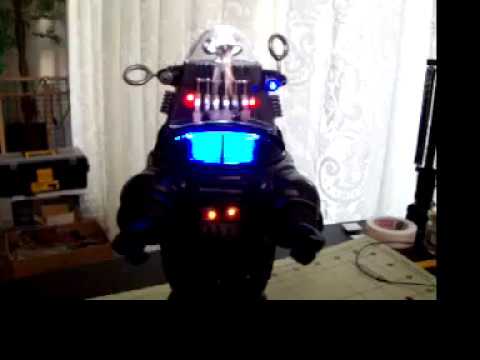