cgracey Posts: 13,903
2016-05-27 08:18 edited 2016-05-27 08:22 in Propeller 2
In our discussions with pjv, we realized that the Prop2 can be stripped down, pretty much exactly like we've been doing on various FPGA builds, and very significant savings can be realized in fabrication. And by using plain I/O's in place of some smart pins, the edge of the die can be shrunk greatly, while maintaining the same number of I/O's. 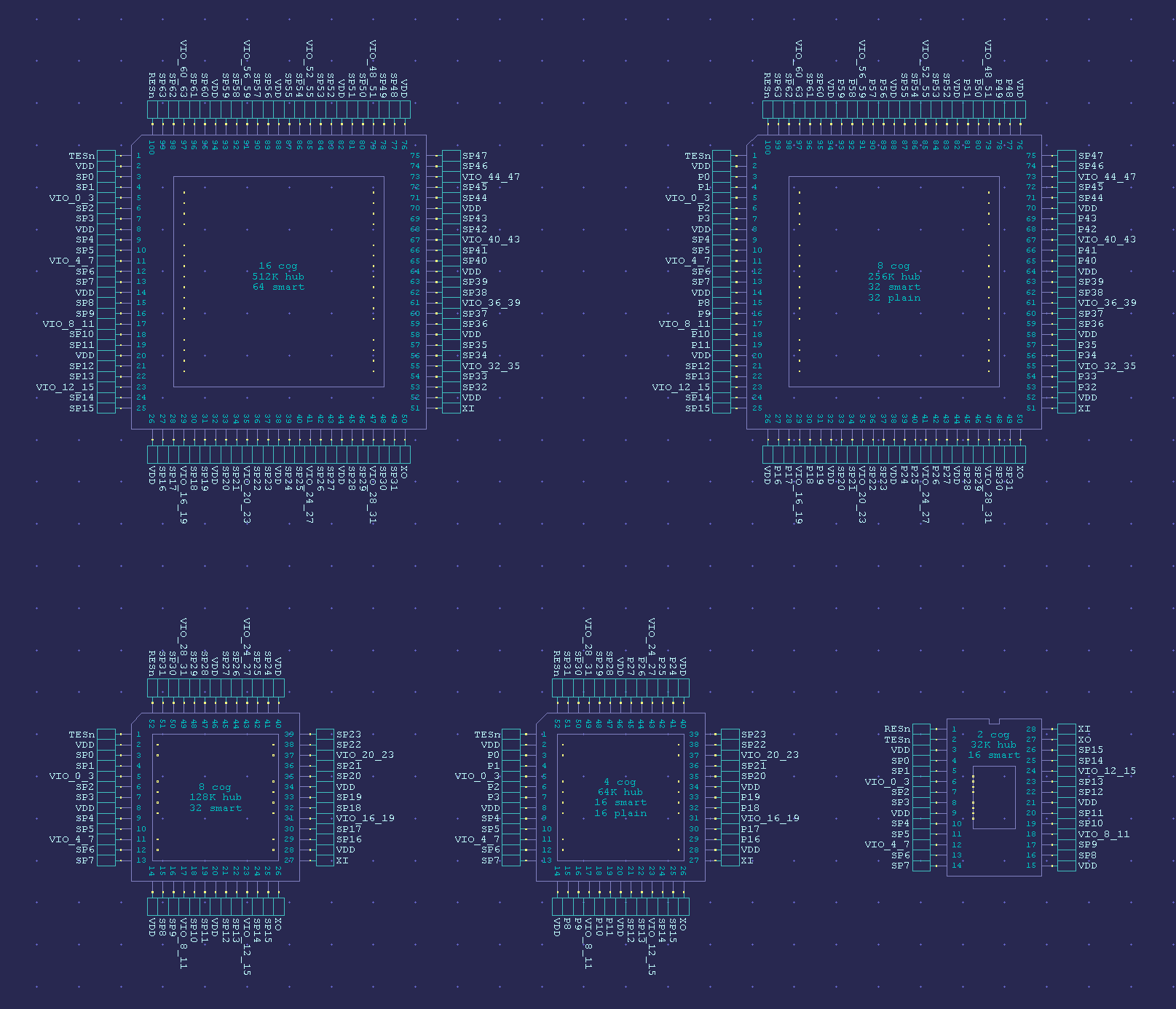