Pricing will be up on my web site later tonight.

Here's a shot of the crystal in one of my boards: (with a few baggies of crystals near it to show I have lots) 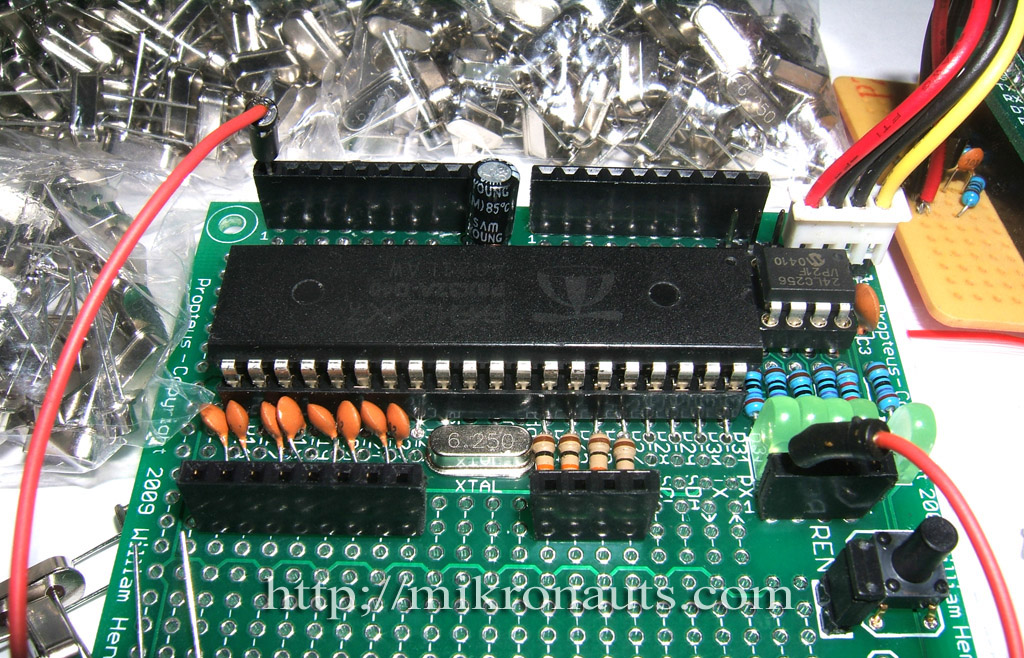