erco Posts: 19,860
2018-04-30 16:17 in Robotics
I for one, welcome Costco's robotic pizza-making overlords. It appears they still need humans to add cheese and pepperoni. For now. Surely, autonomous cars delivering pizza are on the docket.

That spiral sauce dispenser arm and pizza stack rack sure look a lot like an old-school hard drive. 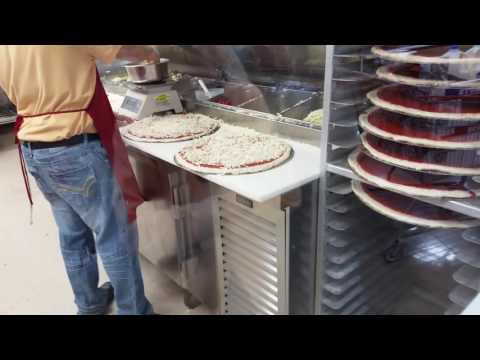