cgracey Posts: 13,610
2006-03-15 20:14 edited 2007-03-05 14:03 in Propeller 1
I did some experimentation yesterday to see how well (or if at all) the sigma-delta ADC concept works on the Propeller's CTR modules (each of the 8 COGs has two CTRs). At first, it was a disaster, like Peter had found by trying to do it on the breadboard. The trick was building the RC integrator VERY close to the pins. This circuit has an analog 'setup time' requirement that is on the order of nanoseconds. The breadboard implementation had enough parasitic C and L that this window got missed. Look what happens, though, when it's done in SMT near the pins. The picture below shows a 1kHz sine wave input on top, then the digitized and re-output version on the bottom. One COG is using its CTRA to do the sigma-delta ADC and its CTRB to do delta modulation for the DAC function. It's doing 11-bit conversions at 39k samples per second:

Here is the assembly code that makes it all happen:

I've inlcuded the Spin file for this, too. It actually does a little more than shown, as it outputs hex samples to a TV for viewing. 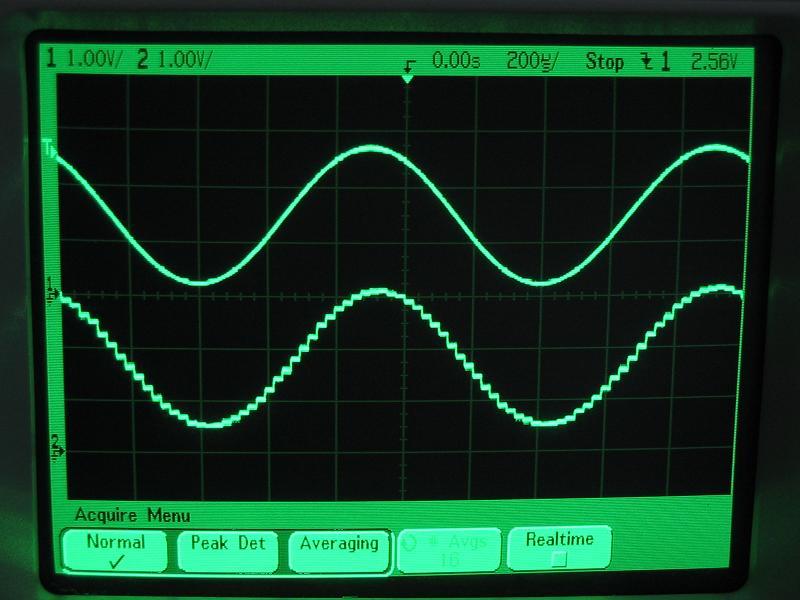 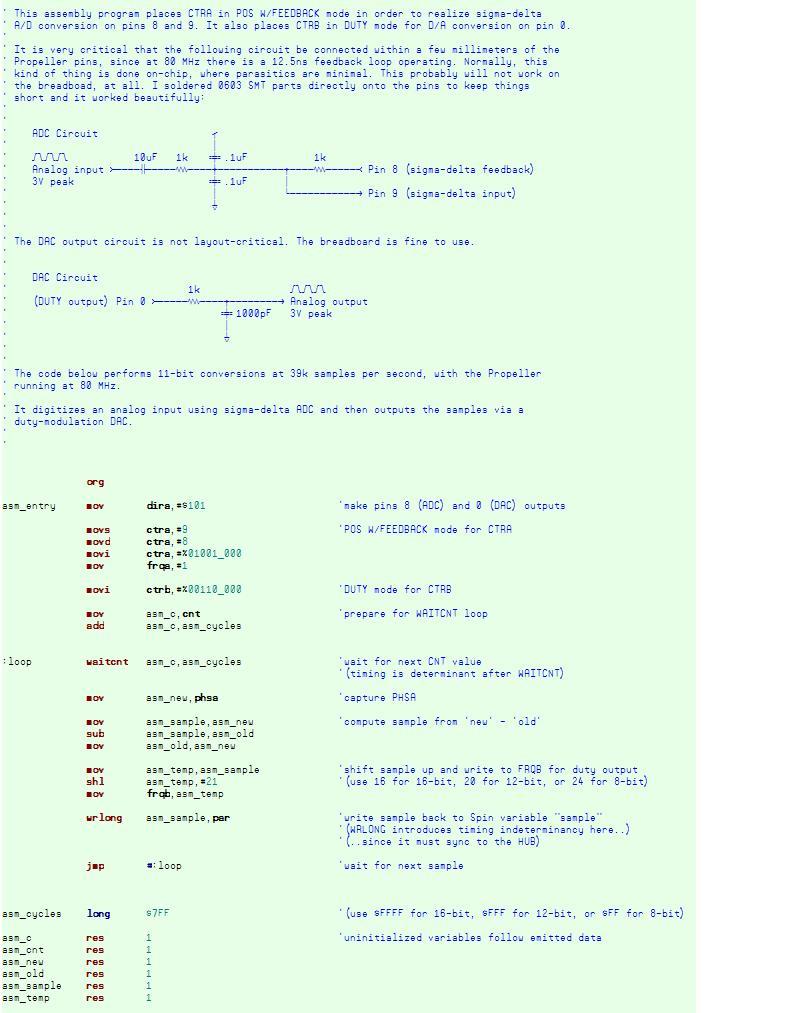