It's rare that an advance in technology totally awes me, but this one does:

Anyway, the article describes an A.I. program that, given a description, will create an image matching that description. The images are of photographic quality and completely original. I can't even ... This totally blows my mind.

Here's an image I scanned from the paper edition of the article that's not included in the online article. The description that produced the image was, "High-quality professional photograph of an elderly clown staring at himself in the mirror." (Enjoy it now before the copyright police catch up with me!

) The program nailed it! 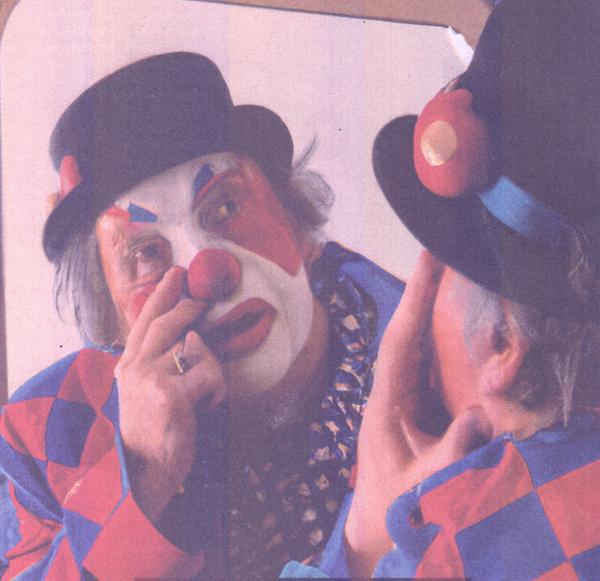