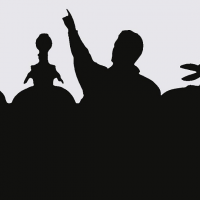 Anyone figured out how to use this?

I only get compiler complaints. I suspect that there is some kind of initialization that I'm missing.