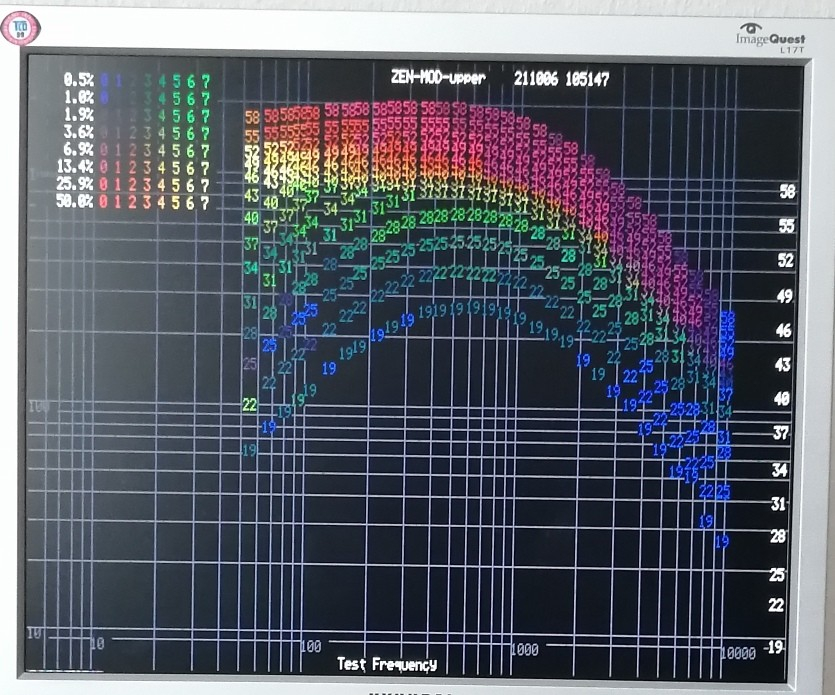 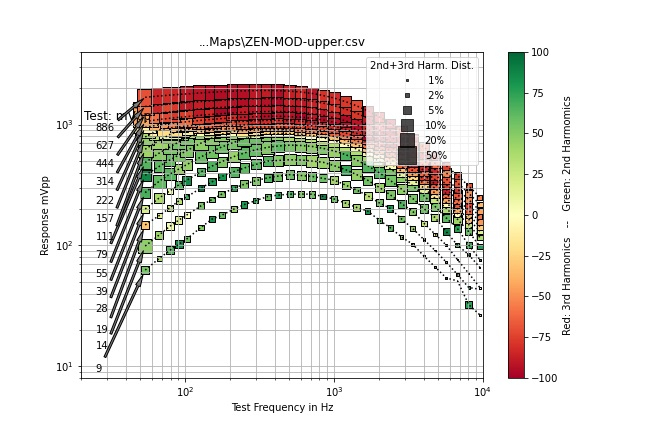 For this project P2 was chosen, because

How does it work?

P2 is under control of Taqoz Forth which provides it's interactive user interface via terminal.
A sine signal of known frequency and amplitude is generated and fed into the device under test.
The devices output is sampled and analysed using a Goertzel algorithm, similar to fft, to get the magnitude of the test frequency and its 2nd and 3rd harmonics together with the overall amplitude. Each combination of test amplitudes with test frequencies builds the basis of one square data point and many of them build the diagram.
P2 prints the values after Goertzel analysis to serial terminal Teraterm in csv format. A Python script using numpy and matplotlib is used to generate the final picture.

What's in the Picture-of-Sound diagram?

So in the picture above, we can see, that there is emphasis of frequencies around 500Hz. At low levels 2nd harmonics are present and dominating, while at high input levels 3rd harmonics take over.
This is an analysis of an effect called ZEN. https://www.musikding.de/docs/musikding/zen/ZenV2_schalt.pdf The 2nd harmonics are generated by the asymmetric soft clipping around D1, D2, D3 in the schematic. 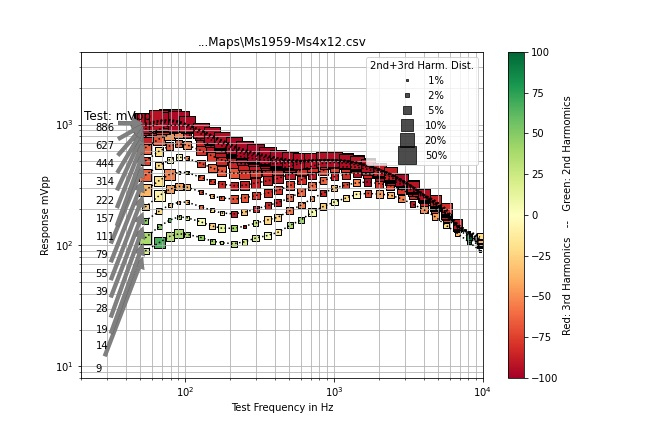 Thanks to many people here: Peter for Taqoz Forth, Bob for it's documentation, ManAtWork and ErNa for the Kiss board. Evanh and all the others for insight into P2...

If you are interested in the results and more pictures, you are welcome to join in at: https://www.musikding.rocks/forum/index.php?thread/420821-picture-of-sound-make-visible-the-behaviour-of-an-overdrive-or-an-amp/#post451686