I had a great time over the weekend at the Vintage Computer Federation West festival. I exhibited my collection of NCI Electronic Scales that utilize various Microprocessors. My exhibit included two scales that use Intel 4004 4-bit Microprocessors (50 years old in 2021). These two scales were made in the mid 1970’s. There aren’t too many commercial products still running that use an Intel 4004, so those two scales are very special to me, especially since I used to work for NCI (1977-79).

There were probably at least a 100+ people who stopped and viewed my exhibit over the 2-days. One visitor apparently is a one of Chip’s neighbors; unfortunately I don’t remember his name after talking with all the others over the two days.

As part of my exhibit I included a Demo of how a Strain-Gauge Load Cell Transducer works to convert weight/Mass to a voltage, suitable for conversion using A/D’s.

I took the opportunity to use a Parallax P2 Edge Demo board setup for the Load Cell demonstration to further the P2’s availability to like-minded Electronic & Computer enthusiasts. I was able to hand out at least a dozen P2 Spec sheets to various people who were excited about the abilities of the P2.

There were at least six people who were definitely going to go to the Parallax web-site and check-out the P2. Hopefully this will help generate more sales and excitement about the P2.

A lot of people were impressed with the P2 specs and appreciated the Microprocessor time-line I had displayed in hardware going from a single 740kHz 4-bit Microprocessor to a 8 x 32-bit 300+MHz one.

I've included a few photos of my exhibit. 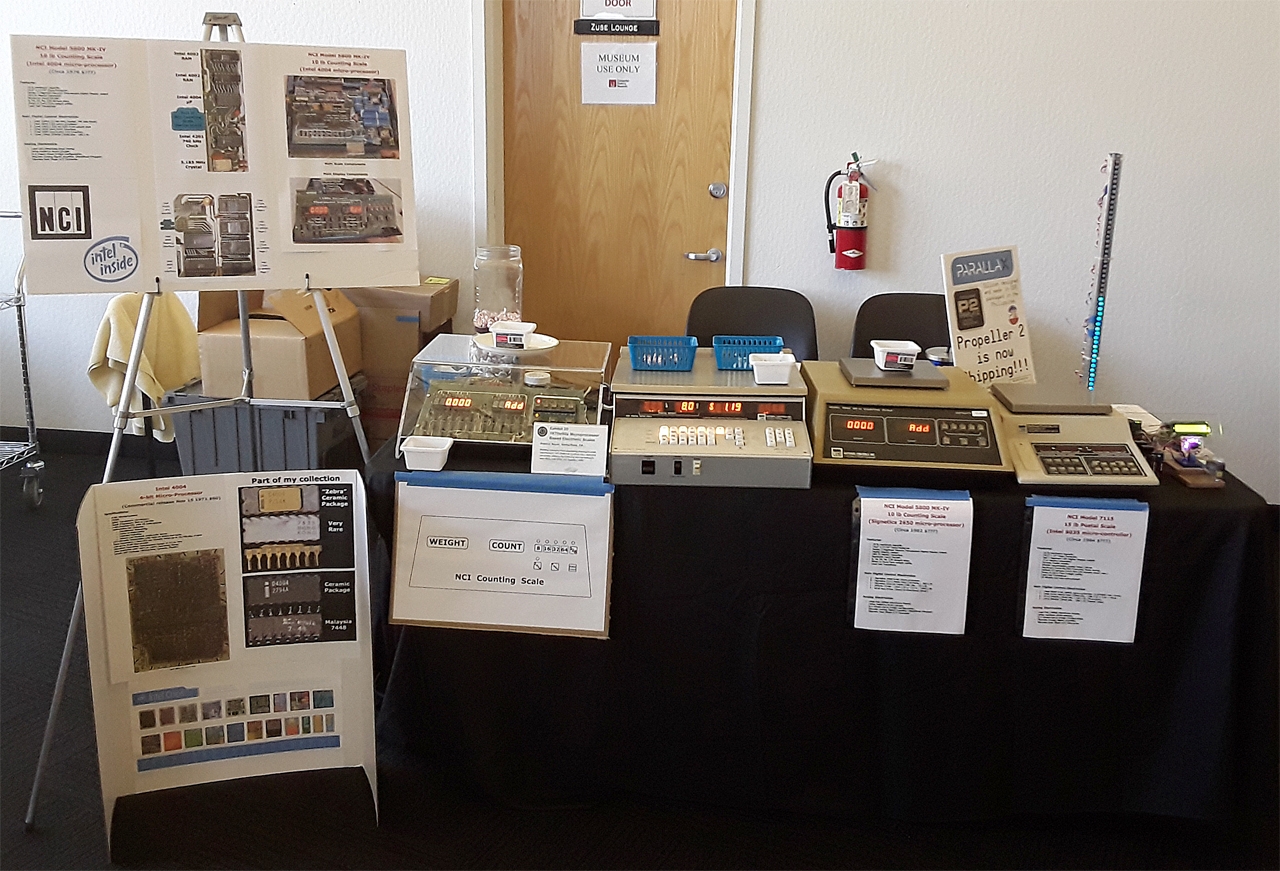 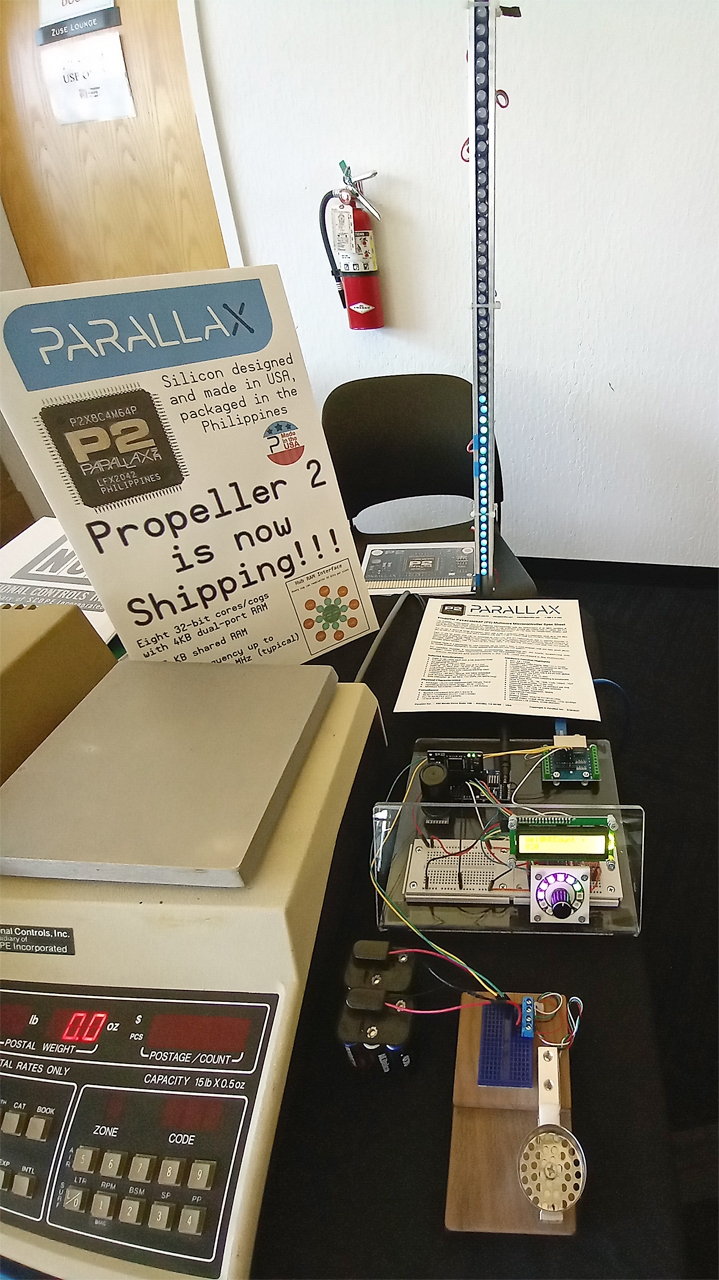 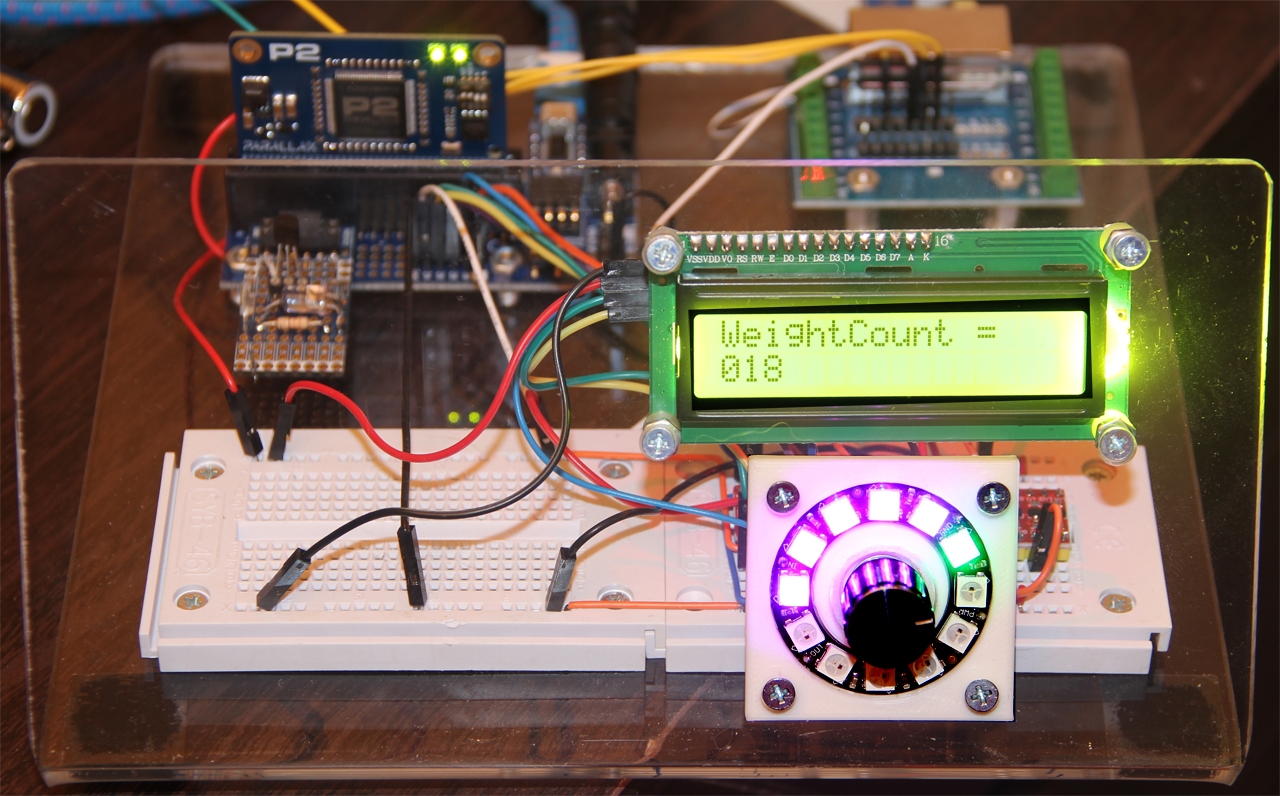