[WIP] Projekt Menetekel: That game I keep talking about

[Very preliminary logotype. Is this readable?]

Projekt Menetekel: [Subtitle pending...] is the P1 (and PC and likely also P2 and Wii, DOS, etc.) game I've been working on for a while now. It has been referred to as "The game(tm)", "The big game" or "PropAdv" before. You could say it started in the summer of 2018 when I first created the JET ENGINE graphics system. You could say it started early 2019 when I started developing the custom tools. You could say it starts now, with the engine core being mostly functional and me having a rough idea of what the gameplay and storyline will be like.

The game will be a mix of elements, pulling mostly from the Zelda series, bullet hell shooters (well, as much as that is reasonable on limited hardware and non-linear movement) and classic graphic adventures. There will be a large overworld to explore and some number of dungeons containing tough challenges and useful treasures. There will also be a fleshed out storyline with lots of characters, although I neither can nor want to say more about it at this time.

When will it be done?

IDK really. Probably not soon. But i'll post the more-or-less occasional update to this thread.

What will it run on?

The specs for the P1 version are relatively final:

The emulator currently runs on Windows only, but is designed with portability in mind.
In particular, ports for Linux, Wii and MS-DOS are planned.

What have you got so far?

Important note: Unless otherwise noted, all captures are from the PC version, which features improved graphics (more colors and high-res text).

This is the most important part of the game code, because this is where the actual game happens. 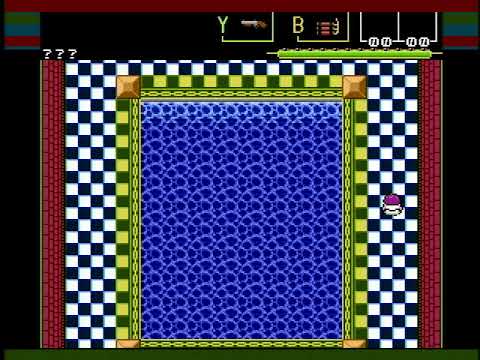 [The engine can handle up to 24 enemy objects (enemies + projectiles) at once! (P1 video capture with CPU usage bars)]

[Static elements can be above the player]

[What could this be for?] 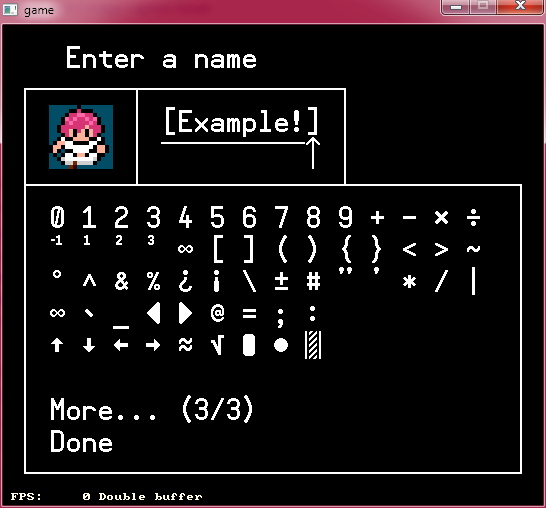 The characters can display many different facial expressions by combining different layers (this required creating some custom tooling to read the proprietary layered format of my favorite paint program...)

Well, it's really just some special methods defined in a Ruby interpreter, but if it quacks like an assembler...
This approach essentially gives you a powerful object-oriented macro language for free. 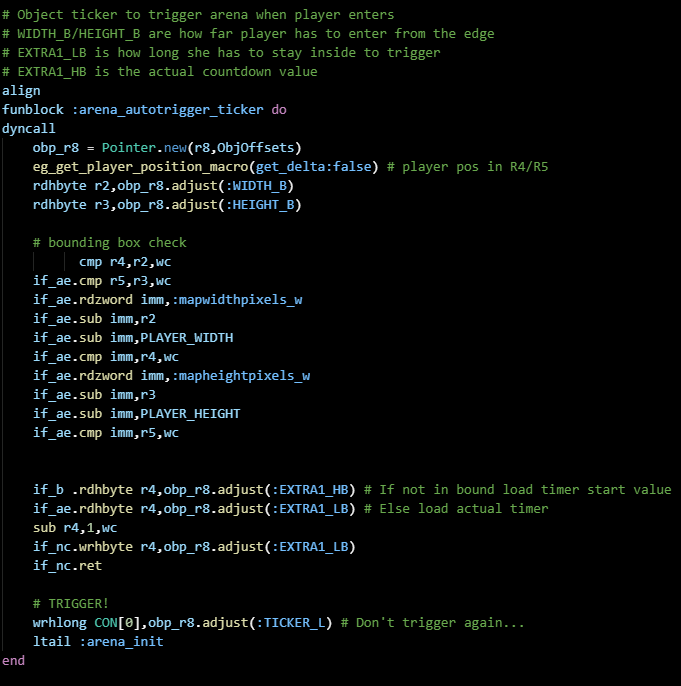 [A macro being defined] 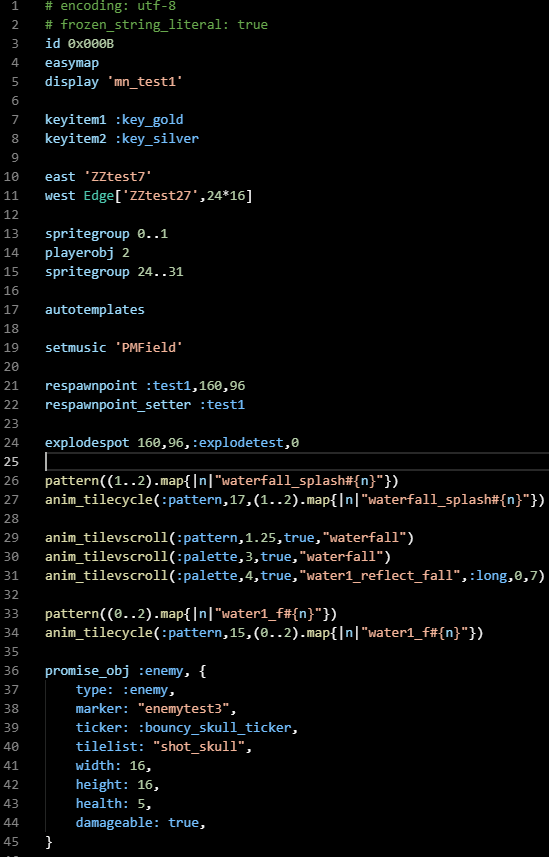 [Maps are defined in code. They use their own DSL (yes, it's a DSL inside a DSL)] 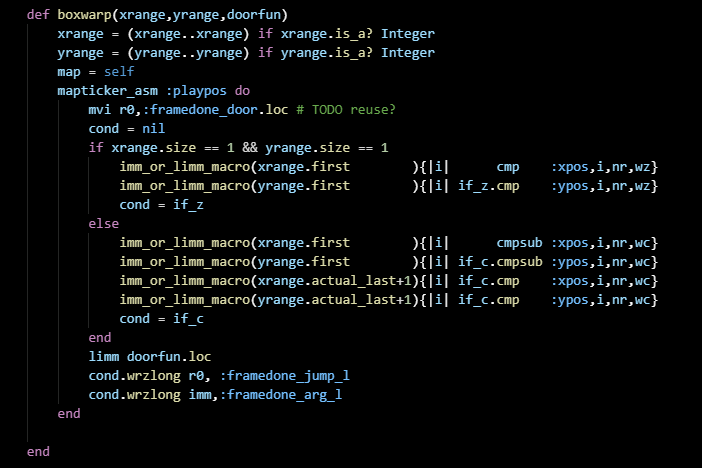 [Advanced macro magic. This method is defined for MapDSL. Map definitions are evaluated before any code is actually assembled, but the code inside the mapticker_asm block is stored away and executed later while assembling the map's ticker function]

The assembler also includes a de-compilation feature, which emits C++ code equivalent to the assembled code. This is the core of the PC emulator. The code has to be specially instrumented and well-behaved (don't read or write itself, don't read inline data without a special rdcodexxxx instruction, don't read reserved memory, etc.) to make this work.

[512 byte pages of ROM data are deduplicated and compressed] 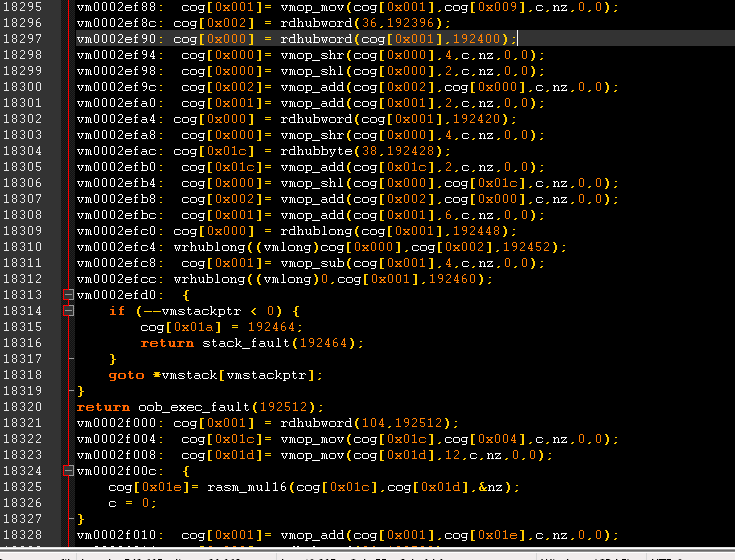 [Code after being de-compiled into C++]

It is called Weltatlas and is written in Java with Swing. The code is spaghetti and inefficient, but it works... 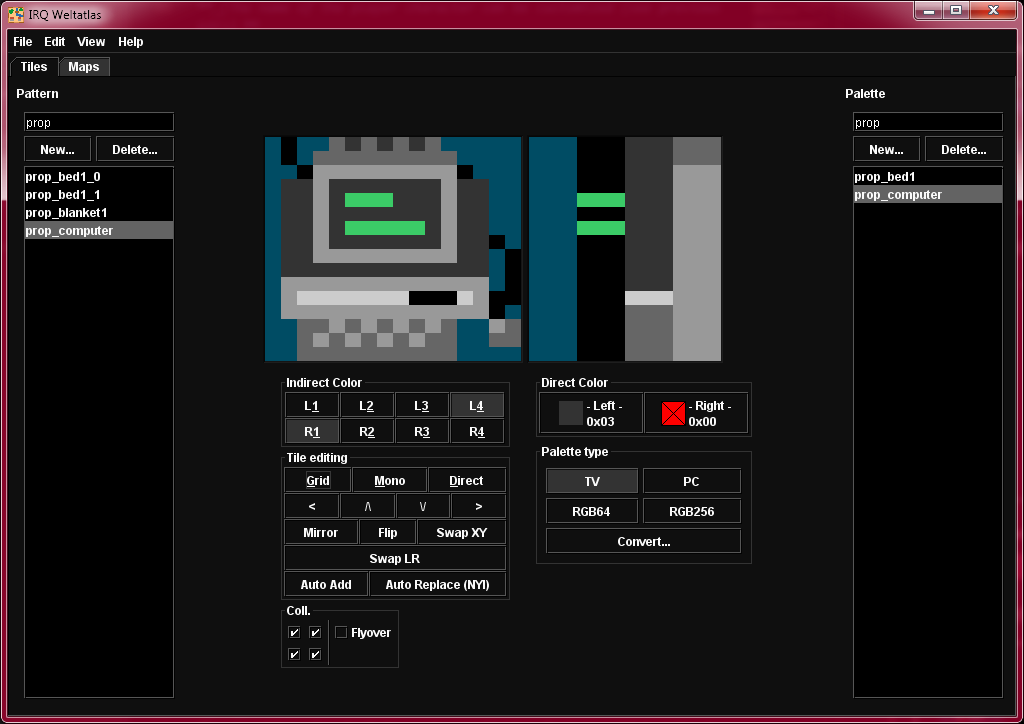 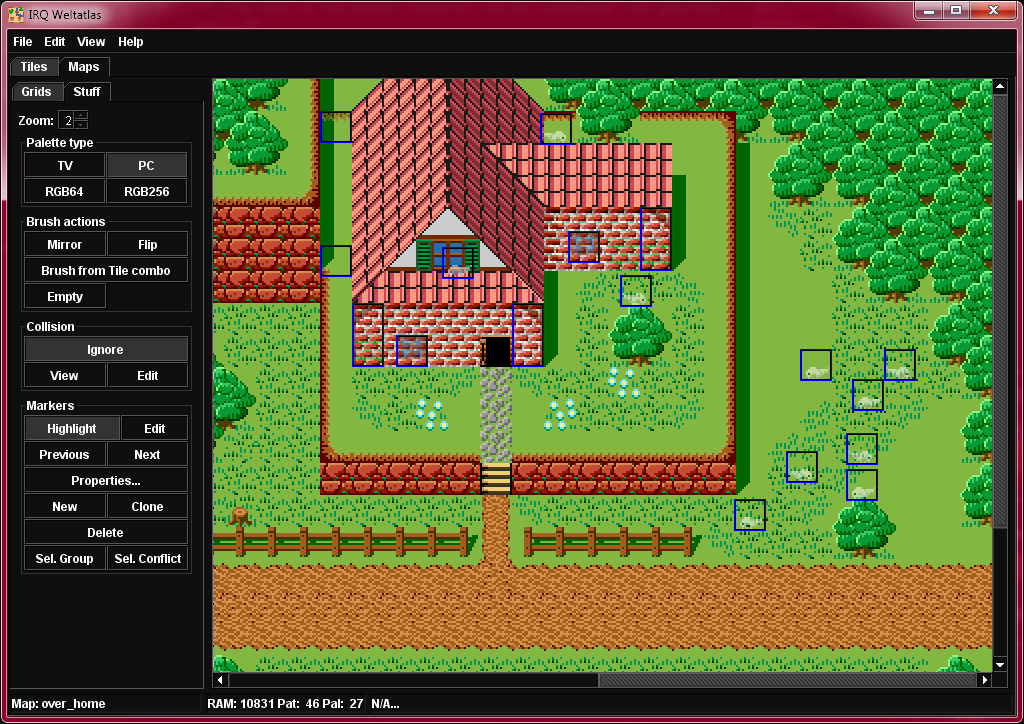 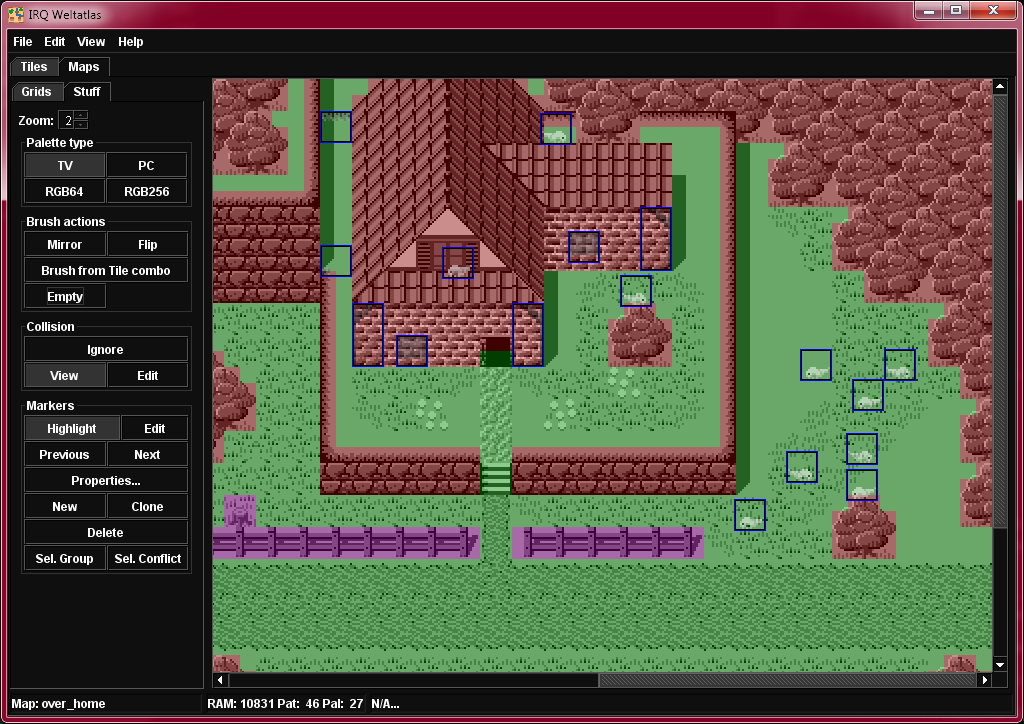 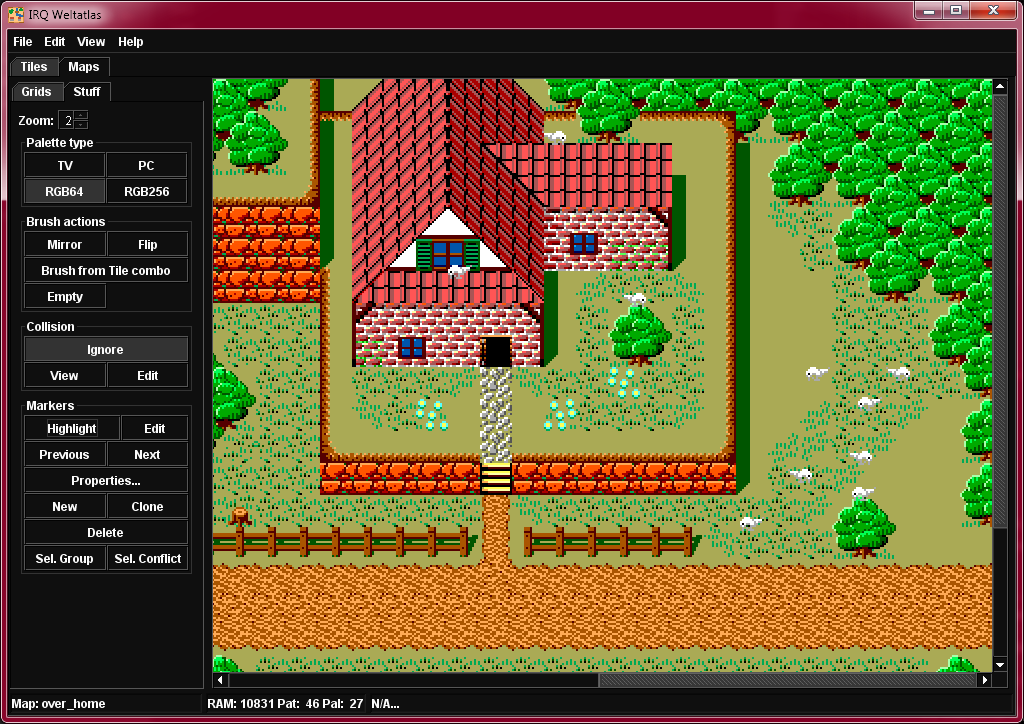 [All four master palettes can be previewed with the click of a button. This is what this map looks like on 64 color VGA, yuck. Marker highlighting can also be disabled for a more aesthetically accurate preview.]

Most of the original Retronitus DX music I made may or may not end up in the game. You can read slightly more about that in the Retronitus DX thread

As said above, I have a rough idea of what I want to do with the storyline. (Writing and coming up with good ideas, I'm not very good at) 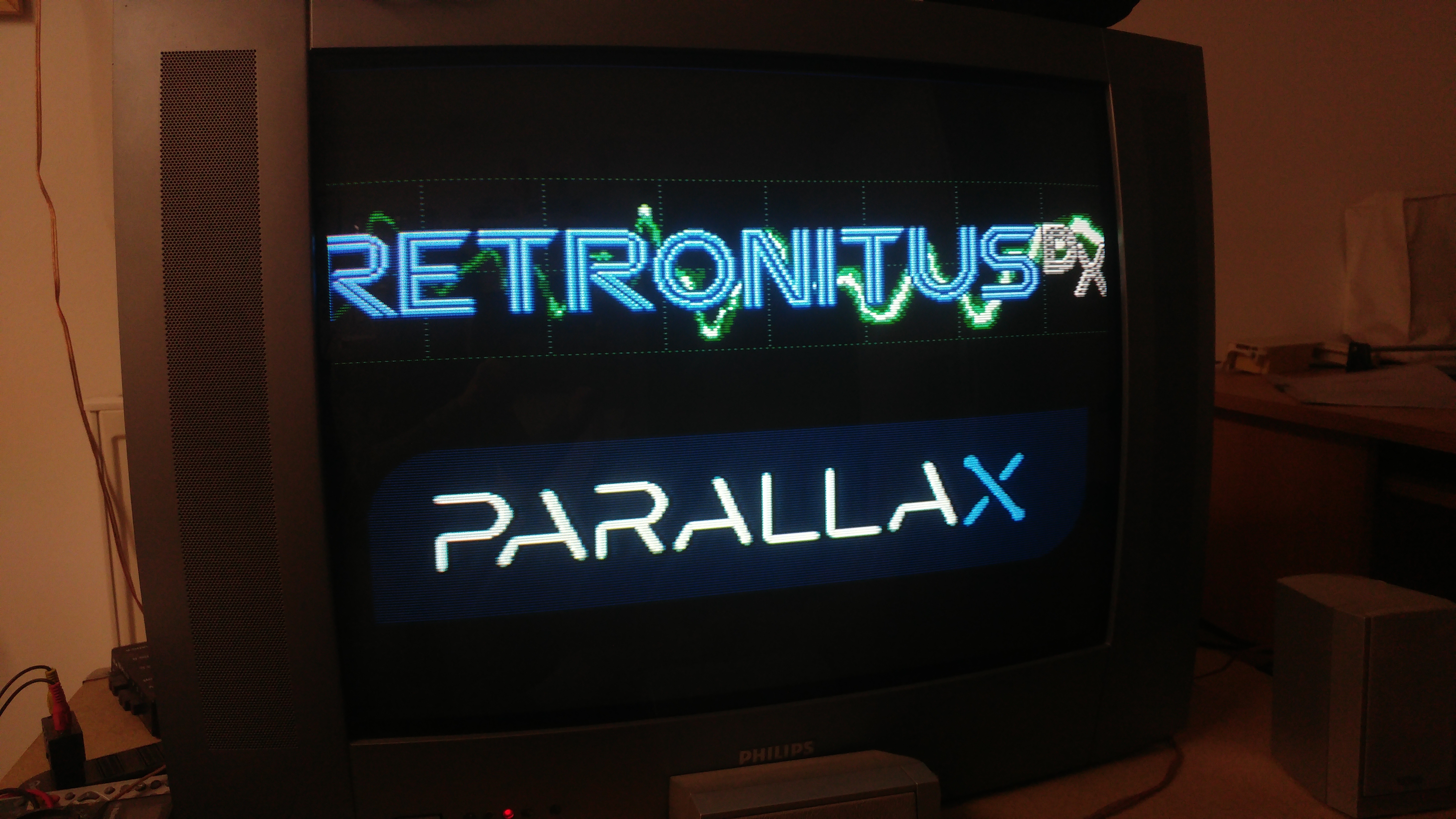 Updated 19th May. 2021
Only non-blank, non-comment lines are counted.