Looking for a mosfet recommendation (SOLVED) 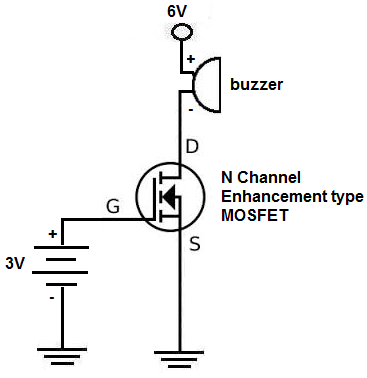 I figure I can replace the 3V gate input with a Prop pin and replace the 6V buzzer with my 5V device. Does that sound reasonable so far?
Now the aforementioned web page recommends the 2N7000 mosfet, which IIRTDC has a maximum drain current of 200mA. Unfortunately, the circuit I want to control draws ~250mA, so the 2N7000 is out. The related NDS7002A could work, but I'm only finding surface mount packages.
I'm hoping someone can help me find something like a 2N7000 in a TO-92 that can switch maybe 300mA to be on the safe side.
«12»