n_ermosh Posts: 267
2020-04-30 03:24 in Propeller 2
Thought I'd finally get something cool going on the P2. I need a user interface (display + input) for my P1 based CO2 laser cutter. Figured I'd try to build it with P2. Originally I was planning to use an HDMI or VGA display, but thought I would instead see if I could drive the LVDS signals directly and get rid of extra parts.

TL;DR: it works, for the most part. Details below.

The big caveat is it will be unlikely to work on any given display. I had a couple lying around from various projects, but the one I found to work is a Newhaven Display 1024x600 10.1" panel. The big thing that makes this work is the minimum pixel clock is low, (20MHz, although the panel driver datasheet states ~40MHz), compared to other displays I have, that are around 60-80MHz. The fun thing about TFT displays is that they will retain their pixel states for a bit as the pixel's capacitor discharges. So theoretically, much slower refresh rates (and therefore lower pixel clock rates) should draw just fine. The main limitation is the PLL that divides the pixel clock for every bit in the pixel (I assume). Many displays will work at lower than spec'd pixel clocks, allowing us to run them slower from a microcontroller.

Because the pixel is 7 bits long, the top 4 bits are unused and don't get streamed.

The streamer will shift out a single bit of the bus each cycle. So the pixel clock takes 7 streamer cycles, and will be the (P2 system clock rate*streamer clock divider)/7. In my case, I managed to get good results setting the divider to 0x16000000 (1/5), and the system clock to 360MHz, resulting in a pixel clock rate of just over 10MHz, which for this display is fast enough, with some experimentation to figure out the blanking (the datasheet values didn't quite work for me).

A lot of these displays also can ignore the H sync and V sync bits and just use the Data Enable (DE) bit. I set the driver up to allow for using a display that requires those sync bits, but mine doesn't so i left that code commented.

From there, a LVDS transmitter (used to convert the TTL output of the P2 to LVDS) is hooked up and connected the the display. I used the DS90LV047ATMTCX. (aside: I had to transplant a connector from a different display to be able to use the IPEX connectors a lot of displays have instead of a FPC cable, and also re-terminate the IPEX connector cable assembly I had to match the pinout of the display). At a 70 MHz bitrate, the headers on the eval board are just good enough, but signal integrity would be better with a properly designed PCB. Keeping this short helped.

Thanks to 512KB of RAM, as can store a framebuffer for the full display size for 1 bit pixels (76.8KB for my display). From there, each pixel cycle reads out the next group of 8 pixels (a byte) using the new sequential FIFO for fast hub reads. A 1 bit pixel buffer allows for 2 colors, but colors can be defined with 18 bits. A larger framebuffer will allow for more colors. with 512KB of RAM, this display (in theory) could be driven with 16 different colors.

Here are a couple photos and the code for this is attached. (please excuse my use of function pointers in structs, FlexC doesn't support C++

I'm working on getting riscvp2 set up but am having issues, will post about that separately if I can't figure it out). The code is very much minimum viable product to demonstrate the concept and is not a complete and configurable module. If anyone has ideas for how to speed it up to enable more displays to work with this, please share them. 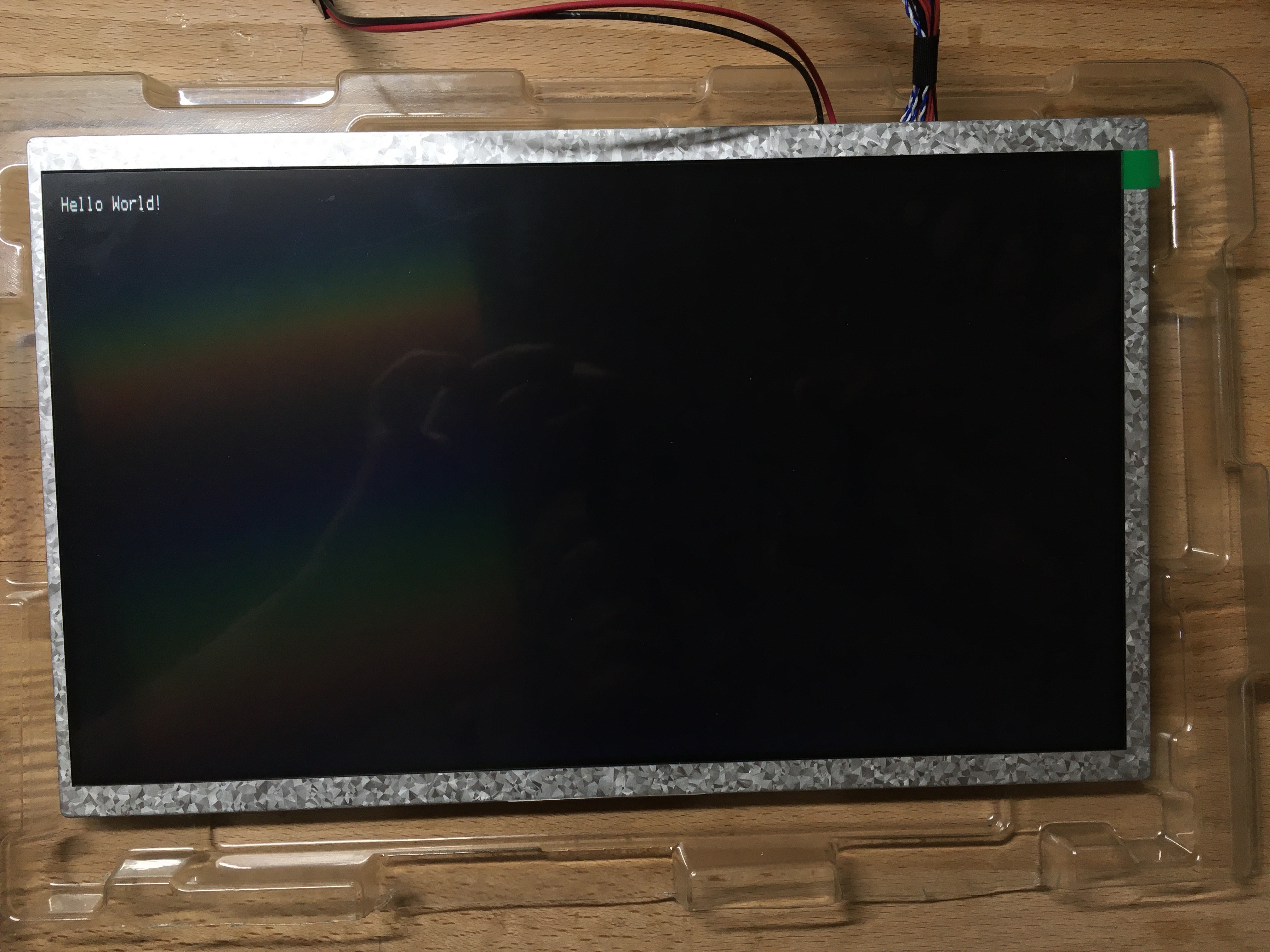 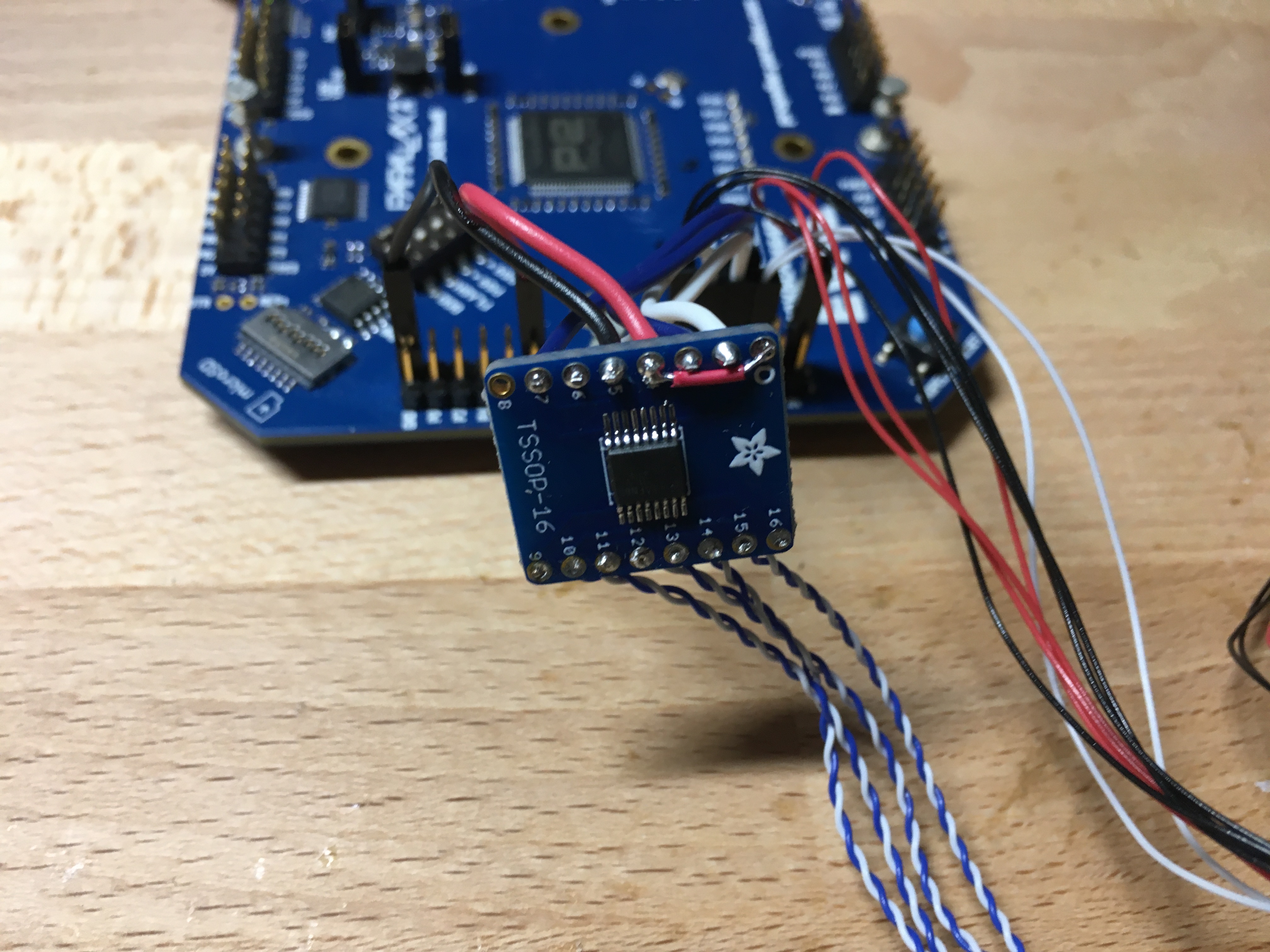 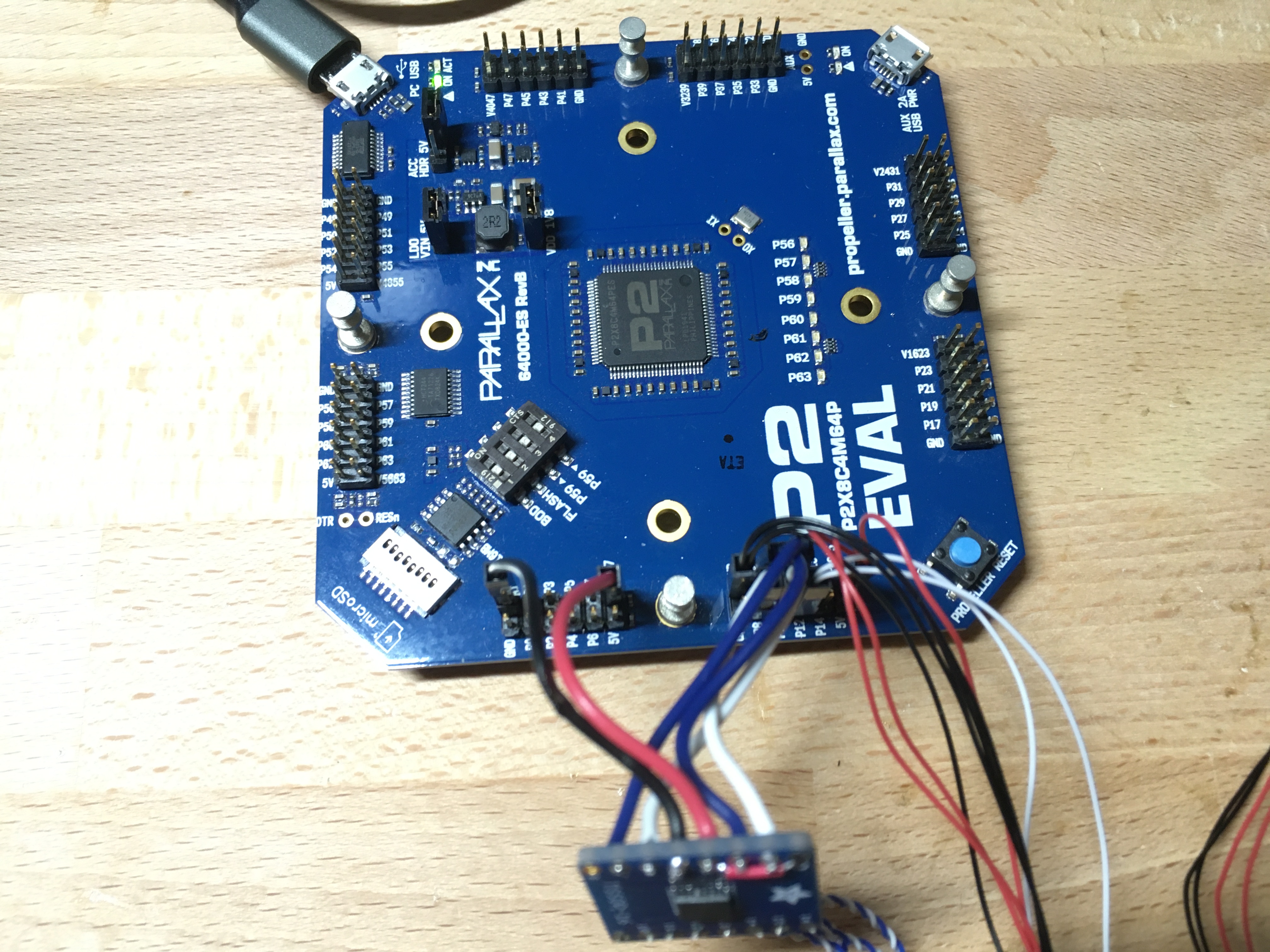 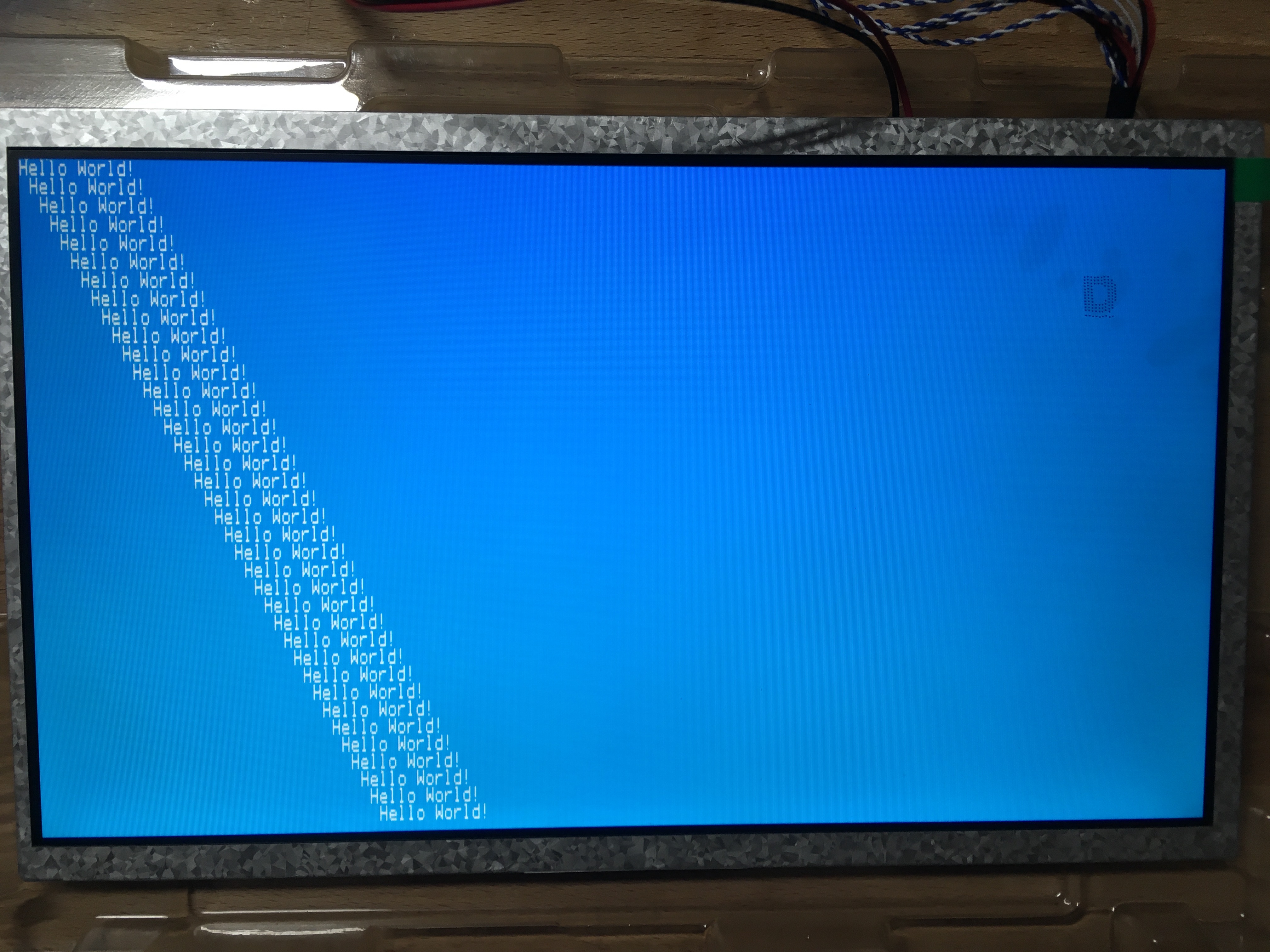 Next steps:
- 2-4 bit pixels for more colors.
- get the Propeller font loaded for larger and prettier characters. Maybe even try other TTF fonts rendered at specific sized.
- get riscvp2 working to turn this into a portable C++ class.
- another fun idea could be a VERY primitive openGL implementation since we can store a full frame buffer, a cog or two can be used to do 4D matrix math and do 3D visualizations of shapes. openGL might be overkill but some generic drawing would be possible. At a 10Hz re-fresh rate though it might be doable. I haven't looked to deeply at the new math/CORDIC functionality in the P2, so not sure how well it can be done.

Credits:
some of this work (specifically on driving displays at low pixel clock rates) was inspired by https://sites.google.com/site/geekattempts/home-1/drive-an-old-laptop-display-from-an-avr. A lot of good stuff here.
zip