For the price of an Activity 360 Bot you can get a RVR. Out of the box it has two processors and sensors with LED's and infrared transmitters and detectors.

You can program it in Python, JavaScript or just draw on the screen. You can use your phone to drive it around with a joystick.

With this unit it will go in a given direction even in rough terrain. It will turn to an exact angle using the built in sensors or detect a color that it drives over.

They are not planning to support using a Propeller as a processor so I am working on building a library to interface it to the Flip.

So far this has been challenging since not all the documentation for the unit is available. 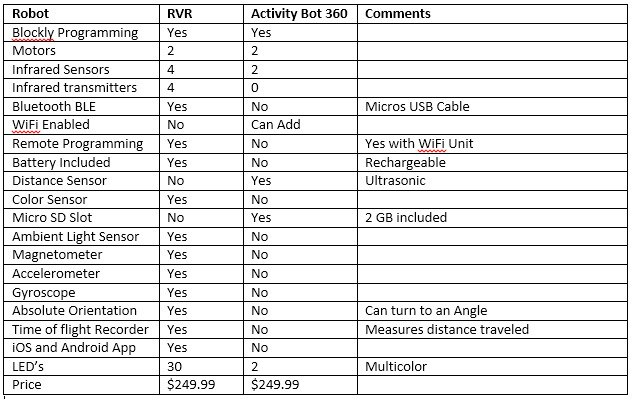 Programs for the ActivityBot 360 actually run on the robot where on the RVR they are streamed one by one to it. No code runs on the RVR except for the firmware installed on it. RVR can not operate without something connected to it. A serial interface is provided to add an outside processor to take control of the RVR. An API is provided to control the motors and LED's as well as read the sensors.