Quadrature Encoders for the ActivityBot

I now have a couple sets of the ActivityBot wheels. I just couldn't bring myself to pay $38 for a set of encoders to go with the new wheels. Especially since erco had just sent me some of his P5587 optical encoders.

I also wanted to my encoders to be quadrature encoders so there wouldn't be any uncertainty about encoder tics at low speeds (or stopped).

So here's my first (public) attempt at making a PCB for these encoders.

Above it the front of the PCB and below is the back of the PCB (mirrored image).

The two sensors are mounted so there is one and one fourth of a encoder cycle between them.
I drew some circles in DipTrace to add in the layout.

The square in the above diagram represents the position of the servo. So this PCB should be able to be mounted above the servo. The PCB will need some sort of mounting board similar to Parallax's encoders.

These PCBs are pretty small so they shouldn't cost much from OSH Park but I think I'll probably try a couple of other variations. I'm not sure if I really need the mounting holes since these could be attached to a mounting board with double sided foam tape.

I'm hoping for feedback on this current design. Any errors you can see?

Here's a schematic from the sensor thread.

Any suggestions for improving the design?

I'd particularly like to hear from any of you using an ActivityBot. Do you see anything that would make these sensors easier to use? I'm wondering if the header for the four pin connector should positioned on the side instead of the top. If I move the header to the side I may need to make a left and a right version. I think it would be possible to make a reversible board but I'm not sure if it would be worth the hassle to design one (I'd use the pads of the passives as solder jumpers).

I'll probably post a couple other designs before submitting any to OSH Park. 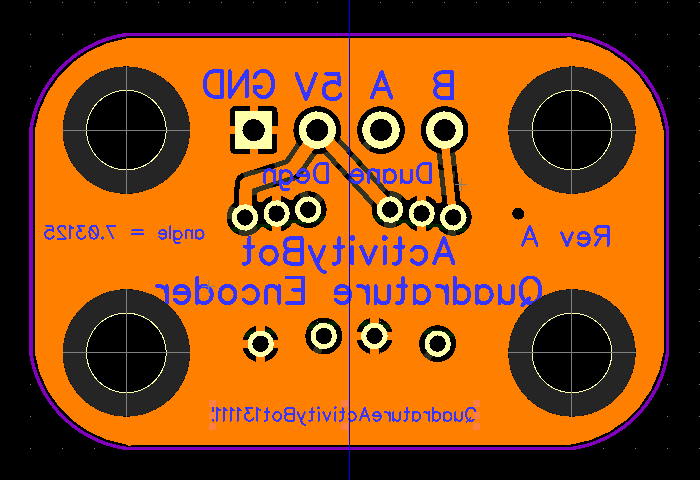 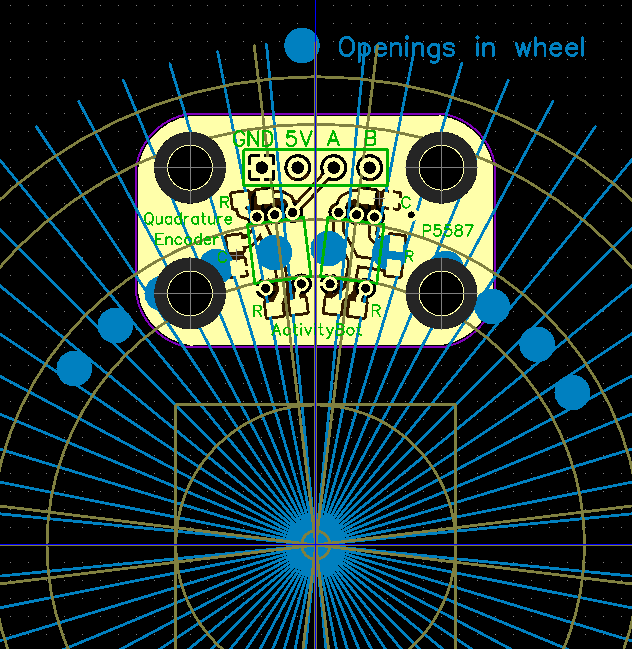 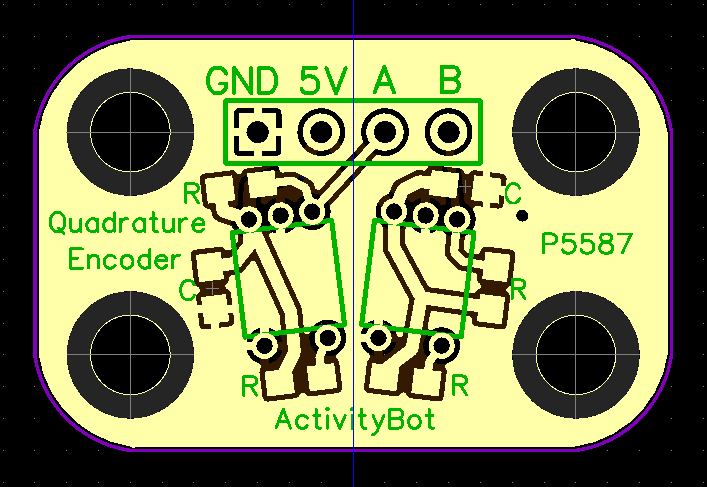