The basic idea of "Android android" is that an Android based mobile phone is a wonderful thing for any red blooded hacker to tinker with. Software wise anyway, it's a bit lacking in hardware interfaces. It can provide GPS, a compass, an internet connection an accelerometer, a graphic output, audio in and out etc. Oh yeah and allow the Prop to make phone calls and send SMS.

The Propeller is a wonderful thing for interfacing compute power to the real world of gadgets, robots or just plain old LEDs and buttons.

This naturally leads to the idea of how to use them together.

Looks like at the moment the best bet is getting the Androids USB port to work in host mode and talking to the Prop through USB serial. It's not clear that that is possible with all Android phones, we shall see.

What do we need?

1) A means of getting the Android phone to use it's USB port in host mode.
I hope there are some USB gurus out there who can advise about USB On The Go and all that.

2) A means of programming the Prop from the Android phone.
This will require some Android app on the phone. A bit of a trick because Google has designed the whole OS with a view to all apps being written in Java. It is possible to run native code though probably wrapped up in a Java app using Java Native Interface. I'm not at all familiar with any of that yet.

3) A means of communicating with the Prop when it's running. Again an Android app will be required. Perhaps that could just be Java. This is very application specific but at least we have to demonstrate how to do it.

4) Of course some code on the Prop end to do whatever. Again application specific.

Starting with 1) I have some hopes this is a reasonable thing to do. Searching around for "Android", "USB", "host" etc one will find examples of guys who have achieved this with varois phones.

For example here for a Motorola Droid phone www.tombom.co.uk/blog/?p=124

Which leads to the attached schematic for convincing an Android phone to go to host mode on start up. Anyone know if that schematic is a good idea or not?

As usual with my project announcements this a bit premature. I don't even own an Android phone yet. I hope a Samsung Galaxy S is arriving for me on Monday. I will immediately set about trying to get it to generate blue smoke with a circuit as per the attachment.

I suspect very soon the world will be full of Android tablets and such. Leon here has such a thing. It would be nice to be able to get them hooked to the physical world.

By way of inspiration check out this phone robot www.instructables.com/id/Android-G1-Serial-To-Arduino/ 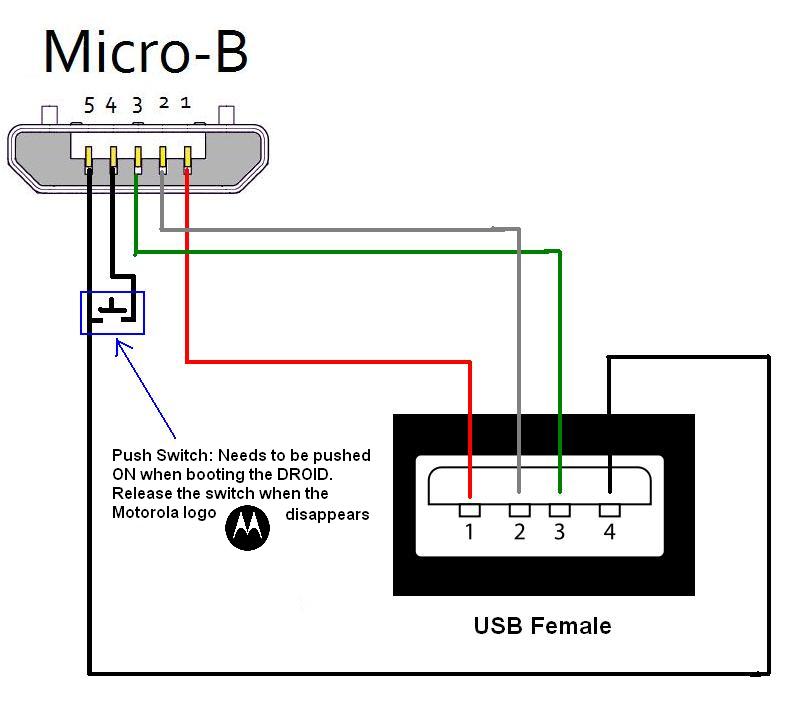