Gramps Posts: 117
2010-06-16 23:26 edited 2010-06-17 16:21 in BASIC Stamp
I like simple and cheap especially when it works better then the high priced spread.
This is a work-around to control big DC motors with a prop or a stamp and a hacked servo instead of an HB-25.
The principle is to power 2 relays (forward and reverse) using the output from a cheap servo.
Feed back was achieved by mounting the servo pot on the motor shaft.
I suppose an encoder like Parallax part 328107 would work for constant motion. (at $40 each, I’d probably take a stab at making a simple encoder from scratch.

We used a Parallax (Futaba) Standard Servo and hacked it like this:

Results were poor. It worked but the motor was erratic at close alignment of the pots(first test video).

Erco suggested a simple solution, that is, to connect the motor so that the leads were shorted when the relays were off. This created a dynamic breaking effect that really works well! (second test video)

Now we have “shadow bot” with some real muscle! 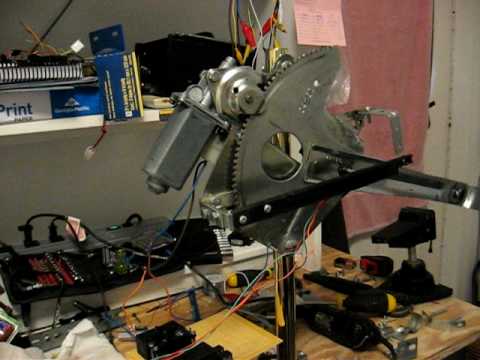 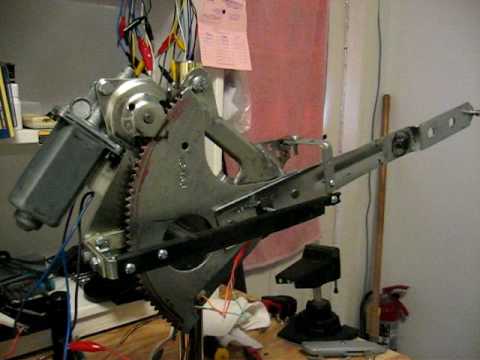 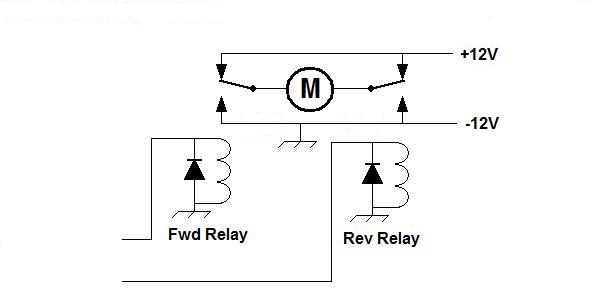