I had a couple of western digital hard drives lying around that were DEAD. Initially I was going to just harvest the magnets from the drives, but I focused my attention towards the hard drive motor itself instead.

On the left hand side of the image, I just soldered 4 wires to the back of the motor. Normally these contacts make a connection with the circuit board via spring clips. Anyway I placed a black DOT that I will refer to as terminal #1, the others from left to right are #2,#3, and #4.

First I took an ohm meter and measured the coil resistances with the various combination possibilities with their results...


...I looked for the common denominator for the least amount of coil resistance and it worked out to be #4 ... so this is my common. (See Coils.jpg)


Next was to determine the sequence ... this was just by trial an error but here it is...


... Note the polarity. So A proposed driver circuit might be composed of 4 Half-Bridges (See HD Drive.jpg)

Edit
Here is a circuit that will spin up the hard drive to a high speed.
http://forums.parallax.com/showthread.php?p=881285


The motors are 6 Phase 24 Steps per revolution or 15 Deg per step. 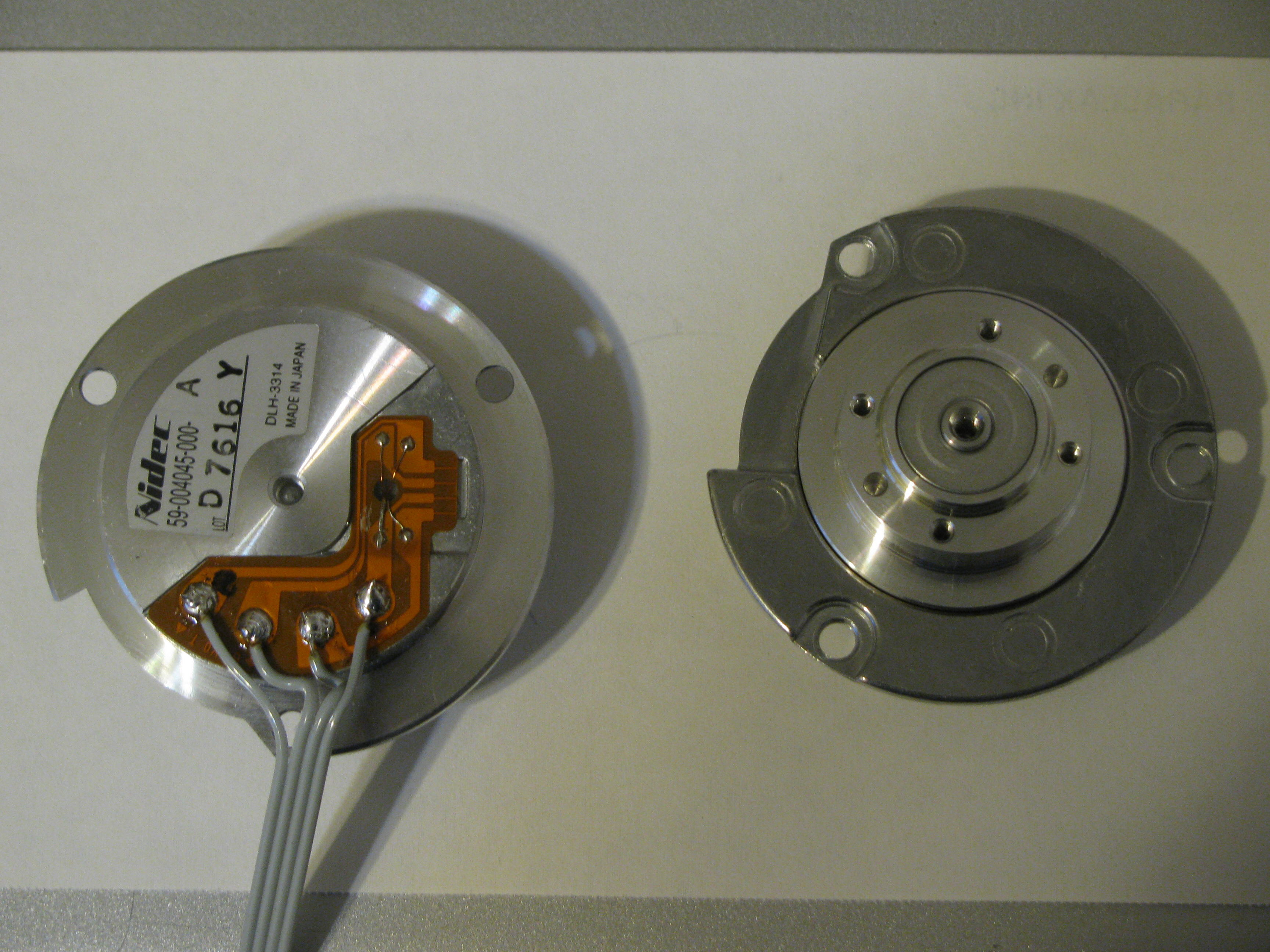 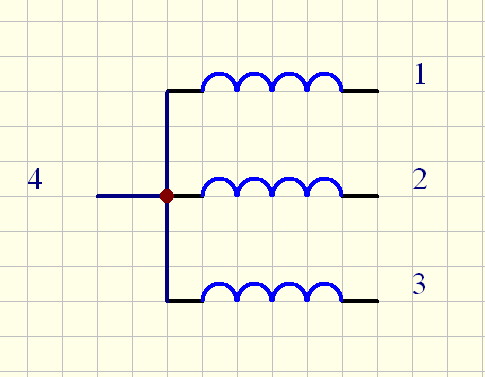 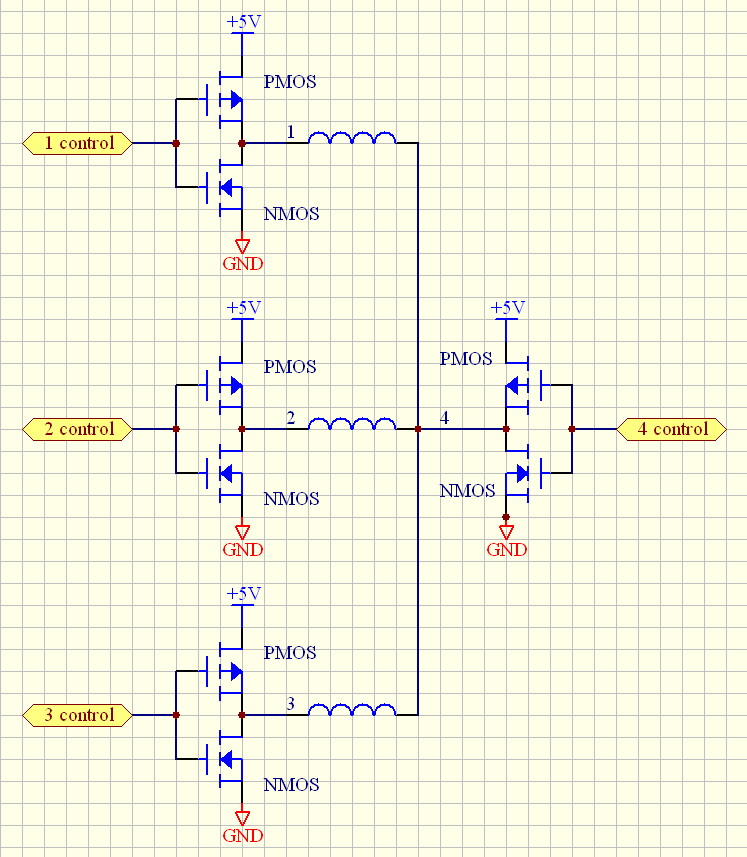