5. Capturing the monochrome video almost totally utilizes 1 cog. I estimate at least 2 additional cogs to decode color in realtime. The capture cog could stop after capturing a frame and convert the output to color.

Based on the above I think I would want 320x240 output for color to allow the possibility of 2 images in memory. 1 for capture, 1 for processing. Higher resolutions just don't make much sense except for really simple algorithms. The capture code operates at 9 instructions/pixel and getting 12 instructions/pixel requires a sysclock over 300MHz.

Here's a test image. It's NTSC, with bt.601 sampling, but with 48 additional pixels on the left side. That's to get some of the color burst. It's a single ADC pin, using the Goertzel hardware for the window filter. Sampling is line-locked, controlled by the Goertzel NCO. 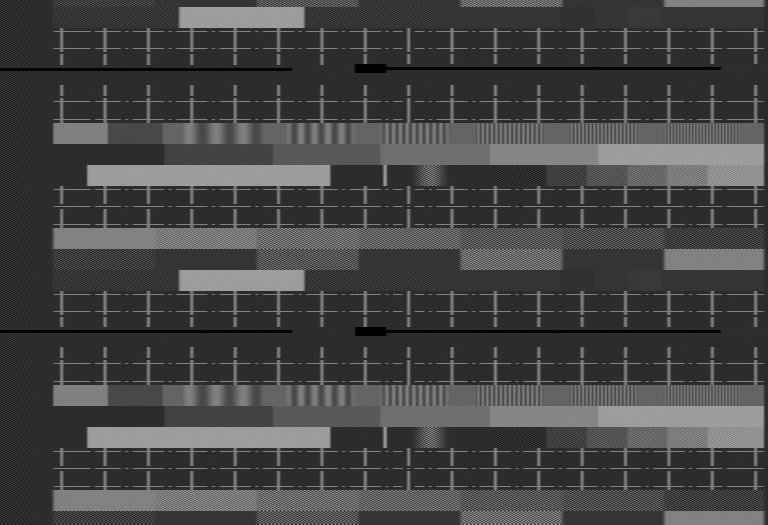 Code is attached. It's alpha quality, beware. Horizontal sync is not optimal. Vertical sync is non-existent.
«12»