Shop Learn P1 Docs P2 Docs Events
How To: Use a L298N Dual H-Bridge with a Microcontroller (QuickStart Board) — Parallax Forums

Duane Degn Posts: 10,574
2014-07-09 17:01 edited 2015-01-08 11:24 in Robotics
After seeing TheRaspberryPiGuy's video titled "Raspberry Pi - How to control motors..." and seeing the Pi's I/O pin being connected to a 5V pin, I decided to make my own tutorial video. The TRPG's video has likely contributed to many burned out Raspberry Pi computers. Even 5V microcontrollers would likely be damaged if used the way the video suggests. 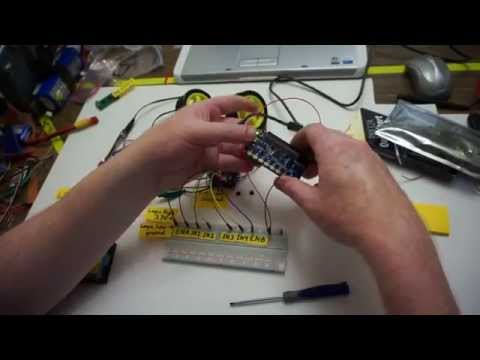