Another Maker Faire in the Books

erco Posts: 19,584
2019-12-08 - 16:43:05 in General Discussion
I had two tables at the LA mini Maker Fare yesterday. Fun and exhausting, nonstop traffic for 6 hours. Just like last time, the most popular stuff is VERY simple, people love to push buttons and twist knobs. KISS=Keep it simple, stupid! My "Useless Box" was a hit, as were simple line followers on a figure 8 rack with a bridge. Also just some servo testers with a variety of servos attached, kids were twisting the knob all day. And a foam snowball shooter, triggered by a PING sensor. Also very popular was my Parallax S3 with a PING laser sensor for overhead hand control (shown end of video). 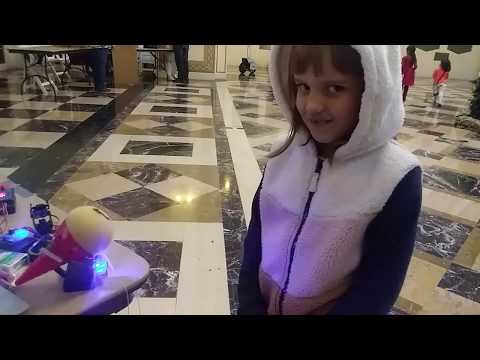