I was given a very clever flying "ufo" with a Mandalorian theme. I think it qualifies as a robot because it senses its environment and responds with movement.

This YouTube reviewer demonstrates it, but jump forward in the video to get past her intro ramble: 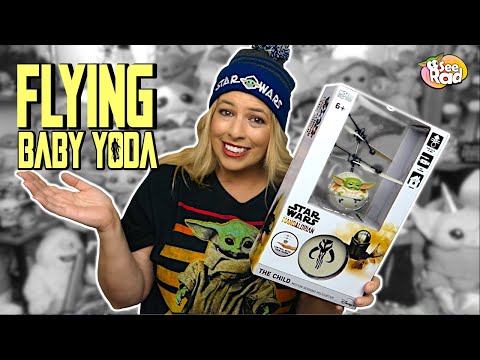 So anyway...I got mine out of the box, it ran well for a couple of minutes and then hit a curtain, fell to the floor and stopped flying. I could hear the motor inside whirring but the blades didn't turn. Time to open it up!

Three small screws later and one side of the ball came off. The little DC motor is in a plastic clip, and it had moved up just far enough so its gear didn't connect to the gears that drive the blades. I pushed it back down and it was fixed.

I'm impressed by the toy designer who got so much out of so little. There's a small circuit board with IR transmitter and receivers, a power switch, and a charging jack on the edge. It has a tiny 8-pin CPU of some type, and another chip which looks like the battery charger for the tiny Lipo, along with a surface-mount LED and assorted resistors, etc. There are two sets of blades, one spins clockwise and the other spins counter-clockwise. This makes it pretty stable and it "floats" rather well.

The IR sensors are mounted on the bottom and point down. If it senses a surface such as the floor or your hand underneath the ball, the motor spins the blades faster. If it doesn't sense a surface then it slows the motor and it drifts down. You can put your hands under it to give it a bit of a boost so it goes up, and you quickly jerk them away when it gets too close to the ceiling. It's fun to play with!

I like seeing how ingenious design and minimal parts can create an entertaining effect. I wonder if it's actually a CPU, or maybe a simpler chip like the one in the cheap line-follower 'bots that Erco writes about.
Sign In or Register to comment.