So you can even mount a uPORT onto a plug-in breadboard or operate it as an in-line module or integrated into your design.
The clock output is something that jmg has been working on and I will have to check that this hardware has the correct I/O port for that but this is something that jmg may comment on.

I decided to add an extra I2C command that writes directly to the baud-rate register so that a P2 can instruct the uPORT to use a specific baud-rate regardless of what the host side thinks it is, but I will have to test this out.

If you have a P1 design then the uPORT can replace the EEPROM (up to 16k) and also the clock too.
Can also be optioned trimmed down to an 0.8" 8-pin module without RTC loaded and also the 100mil pins can be trimmed at any time to fully access the 50mil pins.

note: the gerber viewer is having a problem with my drill file which I will resolve later. There are also a few little things left to fix up with the silkscreen etc. 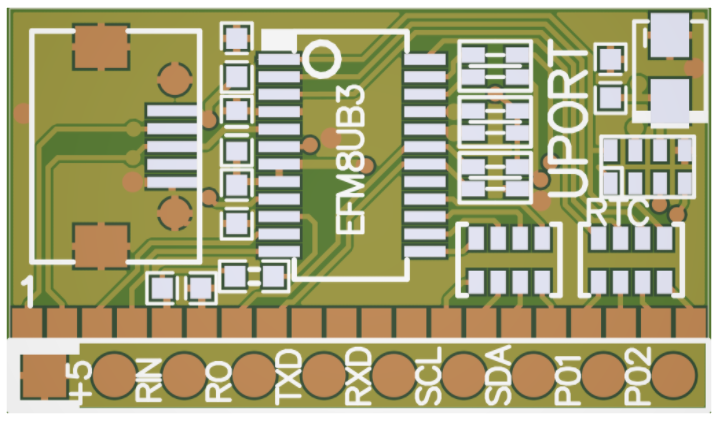 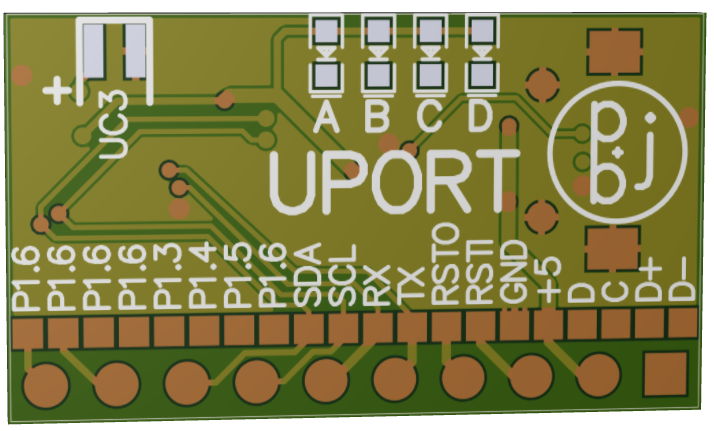