I wanted to build a skyline silhouette light for a little bit now, and finally got the materials to give it a whirl. From the 406 sign sign I did, I learned a lot about cutting out letters and numbers with a Dremel. I am a big fan of using my Dremel for these types of projects, highly recommended for any hobbyist. I also wanted to move from a single LED color to RGB to create more color options. I went with the popular WS2812B module. I found of them at Spark Fun for minimal costs for 10 and picked them up with some extras RGB LEDs. It turns out the F5-C RGB pin configuration is different, so when the WS2812 would be green, the F5-C's would be a I think it was red. Good to note when using a driver specifically for the WS2812B modules. The LEDs were the only thing in the this project that I have never used before.

I took some hours to create all the colors I could think I wanted to call from a DAT section and got up to 81 different colors that I could easily differentiate from each other. Being that I wasn't used to using the LEDs, I was surprised to see what amazing color they were able to produce and at such a wide range; truly impressive. In the beginning of this project, I was creating longer routines than needed and was helped by the driver developer JonnyMac. His driver initially didn't include a way to transition between set colors, such as red to blue. After a day he released, in my opinion, a great and complete driver for any use of the WS2812. Many thanks to him for that, I felt pretty lucky that I caught it as soon as it came out. It made for easy work between transitions. I was stuck on controlling the RGB color in a format that I am used to but not the best for control. Once I changed over to the single long $FF_FF_FF_00 format, instead of using 4 bytes 255,255,255,0 it was a whole lot easier to manipulate the LEDs. I had some 20 lines of code for each transitions, when it really only took 3. I remember working at Parallax and looking at his code for StampWorks, I was always amazed on how he completed tasks so efficiently, but not the easiest to follow for a beginner.

I needed a light bar for the LEDs to fit inside the enclosure. I cut up a PCB board into smaller pieces to make it. Came together pretty easy, but this isn't the first time I've used a Dremel to create boards from other boards. Once it was smaller boards, I soldered them together to make a bar that stretched roughly the inside length and soldered the WS2812B modules on, 8 in total but ended up using 4 on the bar because it was less power consumption. There could be a timer on the lights, but I opted not to included one to save power.

After I got the LED control down, I focused on the box. I used the Spark Fun box to create a mock setup which worked out perfectly. I was able to program and test each color and what the transitions were going to look like.

After that, it was down to the garage and create it out of pine and plywood. I printed out some stylish titles of Billings that I thought would be a nice fit for the project, and learned a couple new things when cutting out letters this go around. Vibrations are not your friend for thin parts. I broke a couple letters when the letter got to thin. I opted for a more stylist and oddly my first choice in font, BlowBrush; Stencil didn't work out any good. I cut out the letters and painted them black (sorry for the lack of images for this portion, I was more focused on getting them correct than I was documenting). Let them set and put the box together. Painted the box light brown to allow the Billings to be clearly seen during daytime. I had to chisel a portion of the background piece for the PIR sensor, because a router would have rounded the edges and I wanted something form fitting to the sensor. I put a shelf for the light bar to sit on, and to keep the wires and other pieces from casting a shadow. I painted the inside the box light gray. Took a couple days to come up with what I wanted to do for the background piece, before I came up with a cloud idea. Montana is “Big Sky Country” and wanted to represent that with clouds and blue. I am happy that it didn't effect the over-all look with the colors I selected, red, white, blue for obvious reasons.

Once it was assembled I was happy with how the PIR sensor blended (ish) with the clouds and how good it functioned. This is the first of it's kind that I know of, and I have plenty of ideas for other cities and even team themed projects. 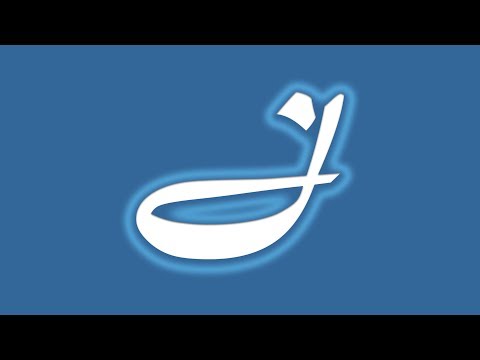