Recently I was reading an article about the National Ignition Facility (NIF) in Livermore, CA and their quest to achieve nuclear fusion using multiple lasers.

After jotting down a few calculations on the back of an envelope, I think it may be possible to achieve the same result by using the power of your UltraSpark 40 SuperMicrocomputer. The result could be a breakthrough in "Tabletop Fusion".

The implementation would require the addition of 40 Ultra-High Brightness LEDs from Radio Shack, one on each Propeller board, hanging over the edge. Half of them would point down the tower and half point up, all precisely focused at the midpoint, called the "Node of Fusion".

By using the Propellers at their maximum clock speed, you could create an in-phase stimulated beam from each LED that would not only add, but resonate at the focal point. Now comes the tricky part, you must carefully tune the phase of each LED until the atoms of argon in the air at the focal point spontaneously reverse their spin and fuse, releasing a brilliant pulse of 6965.43 angstrom(red) photons. Welder's goggles with shade 12-h glass would be required to protect your retina.

However, there is a profound danger. If any of the electrons in the outer m-shell of the argon atoms happen to reach an excited quantum state of +8, the Node of Fusion could collapse and form a microscopic black hole. You might recall that the scientists who designed the Superconducting Super Collider (SSC) were also concerned about this possibility. As a worst case scenario, they postulated that an unstable black hole might be formed that would consume approximately 2x10^8 cubic meters of matter before it stabilized. That's about the size of Utah.

In your case, I calculated that the probability of creating an unstable black hole was low, only about 1 part in 42, but you should seriously consider moving to an uninhabited island before firing up this machine.

Good luck, I look forward to seeing the results, if you're still there.

:lol:(David G: For your eyes only) Hi David, I'm still here but my time is space-time dilated into the past about a month. Let me explain my story. First, I know exactly what you're saying, as I was sitting here just a few days ago reading the same article. We should have worked on this project together. Perhaps we will in the future. This is a project of cooperation. I took your advice, however, my calculations were a little different from yours, maybe in the dangerous zone. I know, Phil warned me against going to far and too high, but Ravenkallen and LocalRoger said they would keep the naysayers away from the laboratory long enough to complete the experiment. Using Forest's designs borrowed from the Jaguar SC, we made an extension to the machine. That opened the door, then Yarisboy brought his 40 pc's for loading programs (we tried to explain, you don't need 1 computer on every chip), while Steph brought a borrowed Alien Paintball Machine Gun, just in case. Everyone knows that Aliens are allergic to paint.

I went to the surplus parts store in China and purchased the Cheapest Dangerous Non-Regulated Jumbo Super Duper Highest Ungodly Powered Red Lasering LEDs that are "don't-dare-mention-it-mega-bright" and guaranteed to exceed all maximum light intensity safety regulations that you find in the USA. Around these, welders glasses are of no use. A lead suit is required and even those are known to melt if you get too near the Niels Bohr megatomic slip stream. Beau and Hanno kindly offered their LEDs. I could not use those, they were all tri-color stuff and not very monochromatic in lasering. Jim, John, and Braino advised about quality control. As you know, there's little quality control over these so I hand picked the ones that were above specs by a factor of 1,000. The Chinese use these for simulating the sun, cutting metal and fusing diamond to titanium, apparently for making rings and neutron engine starship supports. I didn't stop at 40 lights, but strapped 36 on each of the 40 chips. With 1,440 focus'ed light lasering beams placed at the vertices of the skyscraper tower, they achieved a final focal point determined by their magnetic ring resonant focci devices. Kye and Whit advised moving forward with a positive attitude and hold onto the seat of your pants just for good measure.

Chris, Andy, and Lauren drew up the Dynamic Particle Accelerlator Pictorials. Well, you know the procedure. Like a mini-particle accelerator machine, the particles circle around, accelerating faster and faster, until finally they are released to the final focal point, creating a singularity. To accomplish this, a SPIN program is used. Mike calculated for me, the program would SPIN and then jump to SPASM for greater speed. No one knew what he was talking about. Erco designed the robotic knob, but when turned right, it reported left. He said, use it for quasi-inverted-dilythium enterprise chambers. We think he was watching too much Star Trek while indulging with woman from Planet RIZA. Ken was fully supportive of the project, offering to replace prop chips if any failed due to bad hairy toothless aliens wearing pink dresses pulling out prop pins. Interesting guarantee. 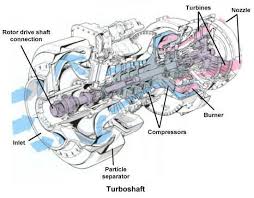 When I first turned on the unit, it sucked out all the power in the municipality precinct and upon the better advice of pjv, I had to resort to running extension cords to the 220 volt heavier amp refrigerator supply in the kitchens of all the local inhabitants and the adjacent precincts. I politely asked the neighbors for taps and finally all the power cords were NSync and Backstreet and I could try powering on again.

AndreL was promoting, "do it with a prop C3." We were not sure what we were supposed to do. Finally it was Cluso and Potatohead that generously offered up their latest Miles-Away boards. They worked perfect, but unfortunately, the boards were 5,000 miles away from my lab. They forgot to send the boards. Nick said he would make up a new board and promptly get them out door but there was no time to wait for shipping. Hover volunteered to propeller over using his three crafts and do a pick up. But, ClockLoop found a way achieve the impossible by creating a matter transporter using some extra prop chips laying around the house, based on the multi-prop board design created by Mctrivia. Maddie intervened offering to act as secretary, recording the notes of the experiment. Unfortunately, she couldn't write or type, with dripping yellow paint all over her hands. The other half of the forum was DIY playing - with their props, and stamp collections, totally oblivious to this experiment.

Someone brought in this so called Propeller Chip enhancement. The added fuel and oil coolant was supposed to make the chip run faster. We told the inventor, no thanks, keep your day job.

Now it was time. I hesitated, but upon the spur-of-the-moment advice of Heater and Kuroneko, I boldly flipped the mega switch. It was the moment of truth as the earth shook and leaves fell from trees. It was Gaga all the way! A loud crackling sizzling noise was heard and the strange burnt metal smell of ionic saturation permeated the environment as the electrified jolt of energy violently shook the room and shuddering static charges danced upon the machine spiraling downwards into endless infinitude! An eerie ebbing blue light penetrated the rays of crimson smoke as small flashing bolts of lightning spattered about electrically from the ceiling down to the somewhat parallel and partially-souped-up-computering prop-er machine, moving in and out of Einsteinium time synchronization, caused by the nanoemitters releasing their combined atomic neurons from spin orbits.

I reached for the Michaelson & Morley dilimiter controls as the powerful wind blew my face into a thousand weird geometric contortions, and then I nudged the neural nodes ever so slightly. I heard WBA in the background yelling, "move left, move right, to the left, to the right!" Calibration was not going to be easy. I put on the seat belt. Pulling back on the Germer lever, checking FSR conditions, topping off the flux capacitor chambers, and dipping down the Max Planck Diatometer Display, I held onto the Sagan CP Lever on the knowledge expander only to induce more Septoinid Indulgilations. Finally, the particle dynamics were approximate space-time accelerated in their quantized septonic position states. But with a Heisenberg uncertainty principle we could not be sure of the exact locations. So I had to guess.

With the previous calculated powered LEDs a black hole was 1 in 40 odds, as you mentioned from your solid napkin design, but with this new power design, it was guaranteed. But wait. That's not a black hole. It's a gray smokey worm hole opened up to another universe and place in time. Stephan Hawking, where are you? I quickly grabbed my luggage. We were going on a trip! The worm hole was tiny. I had to finesse the auto fibrillation control using an extra prop chip (propped open with one prop with the bent pin) and all eight cogs to hold the tiny worm hole open, wide enough to enter. I thought I would take things easy and just peek inside (curious as Leon's cat) but when I did the gigantic and all powerful OZ of space vacuum within the vortex drew me in like a feather sucked into a gravity well wind tunnel and my body was acceleration beyond the speed of light (by jumping to the I-Equation), pulled apart, every molecule, every atom, every subatomic nuclei. I must admit, it was a bit fearsome being dismembered like that.

But, it was only momentary.. Emerging at the other side, reassembly took place automatically. I proceeded to explore this new microcosm world of a vast universe in ways where the laws of physics are entirely changed. There was plenty of time to do this. I had to wait for the period of lenticular oscillation and Lorenz Opposite Contraction Expansion to occur (every 40.1 years) and the worm hole opened up again. I grabbed my luggage again and was propelled back to 2010, about a month earlier before the actual experiment took place. It was close enough to the target date and being a month younger was ok. But now I have a dilemma. After implementing an experiment like this, what comes next? :smilewinkgrin:

This discussion has been closed.