The png attachment is a chart which summarizes the flow of information in the tachyon program. The basic components of the software are two 512 byte blocks: SDBUF, which is the path to the SD card, and CODE, which holds user defined programs. If an existing program file is opened on the SD, the program can be downloaded to SDBUF and then written to the 1802 memory for execution. A new program is loaded in the CODE block where it can be edited, written to the 1802 for testing, and transferred to SDBUF for loading in a new SD file.

The TXT attachment lists the actual tachyon software with comments. This software includes an optional module which adds the 1802 assembly language to the program, giving the user an option to write programs in the code block using assembly instructions. I have an example of the approach I use to write new code in this environment. There is also a list of tachyon words that are needed to effectively use the program and references to Lee Hart's ELF. 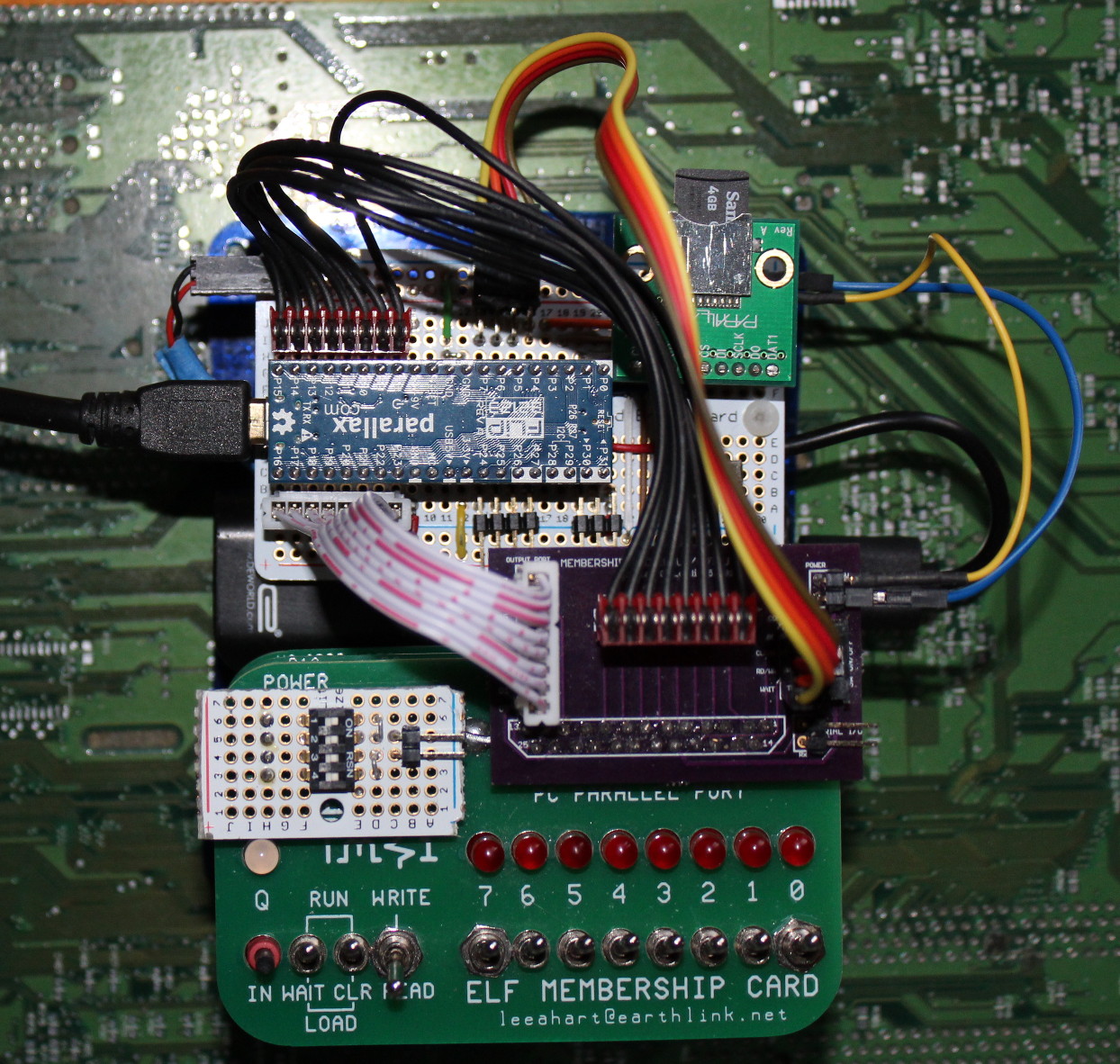