Here is my workshop master, his name is Chili, although his real name is "Celil" (sounds like ch'el'i and close enough to chili), one of the characters from a Turkish drama "Kurt Seyit ve Şura".
He is free to walk in from outside anytime and often sleeps in the workshop, or someone else's workshop, by the smell of him sometimes, When he wants attention he demands it by jumping up onto the keyboard. Yep, that got my attention, while I scramble to undo the "pawly" written code he has written.

Chili is a bit of a scaredy-cat and was originally a "ratter" that Vlad, a Czech guy down the road kept to control the mice that feed on the feed from his chook pen (chicken coop), but Chili and his sister and "older brother" would roam up and down the street looking for more food, the poor things. Eventually I couldn't stand it and bought him off Vlad when I found out he was getting rid of them. But you could never pick him up as he would absolutely panic and claw ya to bits. So I tamed him bit by bit as he trained me as his servant

If he hears my wife's voice though, he bolts!

Here he is out in the back garden the other day, almost as feral as the day we got him. Haven't been able to get him fixed or chipped or nothing yet. He is a bit of a tough survivalist but timid with my other two masters as well, and just as well.

What about you guys? Are your masters treating you well? 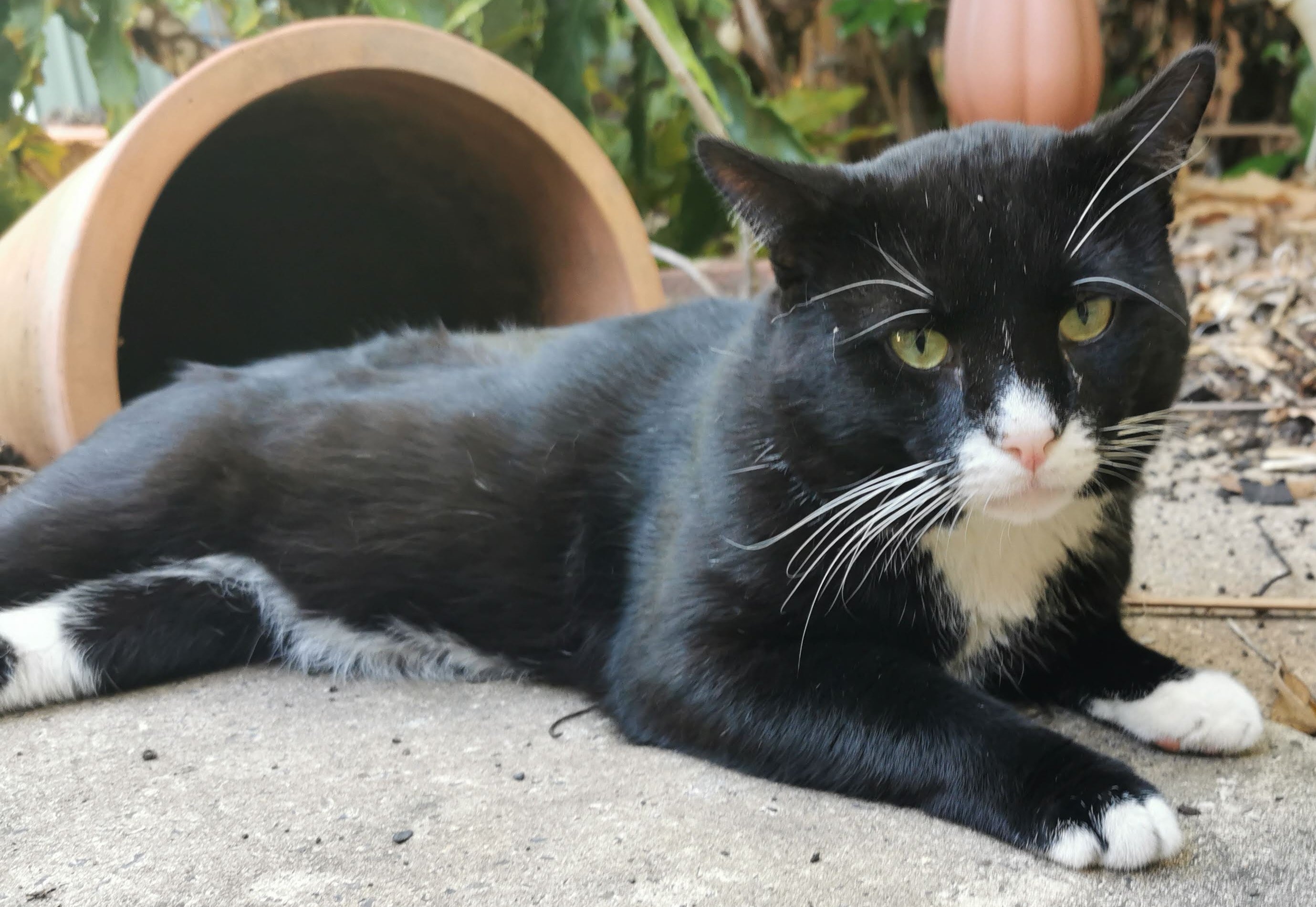