erco Posts: 19,584
2018-04-12 - 23:47:29 in Robotics
Thursday April 12th - “Message Me!”: Urban Dictionary explains that telling a person to "message me" is the same as saying "text me", but sounds a lot cooler, and has a nicer ring to it. As one of the most advanced microcontrollers around, our robots are able to communicate in a variety of ways. For this challenge, let's have our robots stump the humans and message us a joke, riddle or inspiration.

Another quickie from me. No time with income tax appointment looming tomorrow! 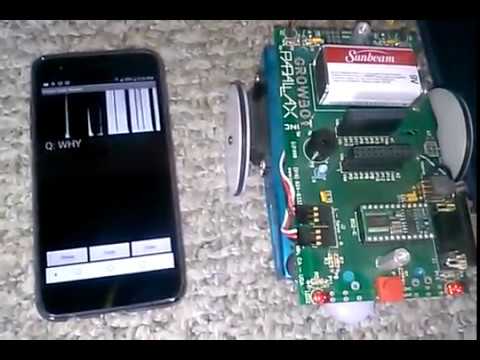